The chain opened its first kiosk-only store in June.

Many scenarios have swirled around restaurants amid the COVID pandemic, but the approach has been simple for Moe’s Southwest Grill.

"It’s been a period of adaptation and trying to evolve to meet the new demand in this environment we’re currently working in,” Williams says.

Moe’s, which has a little more than 700 restaurants nationwide, used the pandemic to implement technology that enables the first two aspects of the plan. In fact, the brand rolled out a two-year innovation calendar in just six weeks. For example, the chain launched a revamped app and online platform where consumers can order via curbside, pickup, or delivery. In addition, customers have the ability to add or subtract ingredients like they would in the store.

Within these channels, average check has increased 30 to 40 percent as guests piled higher entrée counts per order. Williams says guests are responding well to the app, as half of digital orders are placed through the channel. Moe’s generated 3.7 million loyalty members, and continues to see a rise in signups.

“We see technology as a true enabler to make that level of convenience for our guests even better and something that they truly expect at this time because they can’t get out and enjoy life like they typically have been,” Williams says. “… So for the balance of the year, we’re going to continue to remain focused on making sure that the guests feel comfortable whether they choose to dine in with us or dine through some of those other channels. But more importantly, we want to provide the meals that they’re craving.”

Moe’s furthered its digital mission June in Pittsburgh with the opening of its first kiosk-only unit. Williams says he visited the store about a month ago and remembers seeing consumers coming into the 1,700-square-foot store looking for a seamless experience through the self-order kiosks, digital menu boards, and customizable beverages. The unit is near the University of Pittsburgh and University of Pittsburgh Medical Center—an area full of technologically-enabled consumers.

Although the store opened in June, Moe’s Franchise Advisory Board was moving toward the model pre-COVID. But the launch proved timely as indoor dining didn’t return to the area until mid-July.

“It’s a neat experience. It’s a unique experience,” Williams says. “As I watched guests use the restaurant when I was there that day, it was pretty seamless. … I’m glad that we’re getting into this type of experience because we really need to focus on ensuring our guests, who are these transformational guests who want that digital experience, can be able to use Moe’s how they like it.”

The third leg of Moe’s pandemic strategy, culinary innovation, began with taco kits and the roll out of Moe’s Market, which was an opportunity for consumers to buy grocery store items like proteins, rice, beans, salsa, and more. After experiencing success from the taco kit debut, the brand launched two more in July—fajita kits and nacho kits.

Recently the fast casual has turned its attention toward reimagining burritos. In September, Moe’s released the limited-time Grande Homewrecker—an 8-inch-long product filled with two pounds of ingredients. The item is 100 percent larger than the regular Homewrecker. A month later, the restaurant introduced its limited-time Loaded Steak & Potato Burrito and Bowl, which is filled with sirloin steak, seasoned potatoes, bacon, sour cream, cheese, and queso. 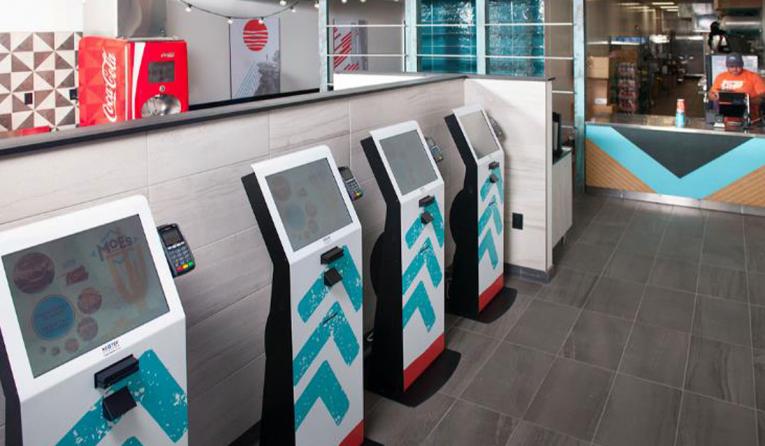 Moe’s will also look to accelerate the inclusion of drive-thrus, it said.

The new food items were the result of a socially distanced research group that gathered in late June to help guide culinary innovation for the rest of 2020. So far, Williams says the Grande Homewrecker and Loaded Steak and Potato Burrito and Bowl have exceeded expectations. Another piece of menu innovation is expected to enter stores in December.

“I could not be more pleased with the way we’re looking at innovation of our food and how we’re actually delivering to our guests,” Williams says. “I think the most important thing is that guests are responding because they’re purchasing these items that we’re giving. It says that we’re doing the right thing and giving the customers what they want.”

Regarding development, Williams says Moe’s is still focused on a steady rate of growth. The brand is on pace to open 14 restaurants the year. The chain is also mulling enhancements to store design and testing several elements to improve its prototype. The options range from smaller footprints, more kiosk-only concepts, and potentially adding kiosks into other units.

Moe’s will also look to accelerate the inclusion of drive-thrus, a mission biggest competitors—Chipotle and Qdoba—are also striving toward. Chipotle opened its 100th drive-thru location in July and Qdoba plans to nearly double its drive-thru footprint before the end of the year.

“That’s a piece that during the pandemic we felt like would be an added value as we move forward,” Williams says.

Williams says Moe’s positioning in a post-COVID world is dependent on providing a safe and sanitary place for consumers to order their favorite Moe’s item. He adds that the company has spent the past 20 years building a culture that allows for convenience without sacrificing service.

The main goal is to spread that culture beyond the four walls of the restaurant.