The 1969-founded brand once numbered more than 800 locations in the U.S.

Having been around for more than a century, Nathan’s Famous is no stranger to operating a legacy brand through the ebbs and flows of fast-food trends. Of late, this has materialized across 168 operating ghost kitchens—a number growing each week, SVP of restaurants James Walker says. It includes Nathan’s as a bolt-on opportunity for independents and small operators to generate incremental revenue, as well as larger partners, like REEF, Kitopi, Ghost Kitchen Brands, and Franklin Junction. Also, a Wings of New York virtual brand that’s spread to more than two dozen venues and three countries (soon to be five). It just opened its first storefront late May at Yankee Stadium.

But one thing Nathan’s hasn’t tried is adding a standalone brand that doesn’t share architecture with its current portfolio. A concept that competes and lives in a different category.

That’s about to change as Nathan’s attempts to revive one of quick-service’s most memorable names.

Arthur Treacher’s and its famed, yellow lantern-shaped sign, was founded in Columbus, Ohio, in 1969 and once numbered as many as 826 locations in the U.S.

The brand was developed, in part, by Wendy’s founder Dave Thomas. People often credit Arthur Treacher’s for bringing authentic-style fish and chips to the American mainstream. In the 1960s, quick-service fried fish was offered only in a handful of concepts, as shared in a Smithsonian Magazine article. McDonald’s Filet-O-Fish was the headliner. Yet fish and chips itself remained a United Kingdom draw.

Through a company called National Fast Food Corp., Arthur Treacher’s—named after the actor known for his work as Jeeves the butler in Shirley Temple films—arrived on the scene and spread quickly. Treacher was a spokesman and heavily involved, with his face donning doors of locations.

In terms of where things went wrong, it’s a bit of a convoluted tale. As Mashed points out, the chain rose to fame by frying fillets of cod, “just like the kind you’d find used in a traditional English fish and chips shop.”

Yet this halted when the “Cod Wars” broke out between several European nations. It began with Iceland and the U.K. and eventually waged in three main stanzas, with the final one occurring in 1976 and resulting in "the closure of the Icelandic grounds, effectively ending British long-distance fishing," according to a post on The National Archives as shared by Mashed. For the U.S., the price of cod “became almost too expensive to import.”

The company made a fateful—and now arguably infamous—move when it replaced the brand’s cod fillets with pollock. The decision saved money, but, according to some, deteriorated Arthur Treacher’s core equity and turned off loyal guests.

Much of Nathan’s reboot of Arthur Treacher’s, however, will center on the menu. And that includes bringing cod back (where available), like a 4-ounce fried cod sandwich.

“To me, the story is the resurgence or revival of a brand people are really passionate about, and we kept the things we believed meant a lot to those passionate consumers over the past 40-plus years,” Walker says. “And what we upgraded is really the things that matter to people today. Value. Quality. Portion. The proteins that they’re eating. So we think it’s a nice combination of historic, storied brand, with new focus on the food.”

Through the years, the company changed hands and eventually was acquired by PAT Franchise Systems, Inc. in 2002 through a private transaction. The intellectual property was sold to NF Treacher's Corp., an affiliate of Nathan's Famous Systems, Inc. in 2006 and TRUFOODS, LLC became a co-franchisor in 2007.

For a number of years before the deal, Nathan's licensed from PAT Franchise Systems, Inc. the right to use the Arthur Treacher's trademarks and signature products for the purpose of co-branding within its own Nathan's and Miami Subs restaurants.

And you continue to see Arthur Treacher’s on the menu of some Nathan’s venues nationwide.

Physical stores, however? According to a March article in the Akron Beacon Journal, there are only two freestanding restaurants left. One being in Ohio’s Cuyahoga Falls and the other in Garfield Heights.

Two years ago, there were apparently seven—three in New York and four in Ohio.

So there’s an intimate spin in this comeback story.

“We’re as excited about this as anything that the team has done in the two-plus years I’ve been part of the team,” says Walker, who joined Nathan’s from Subway in May 2019. 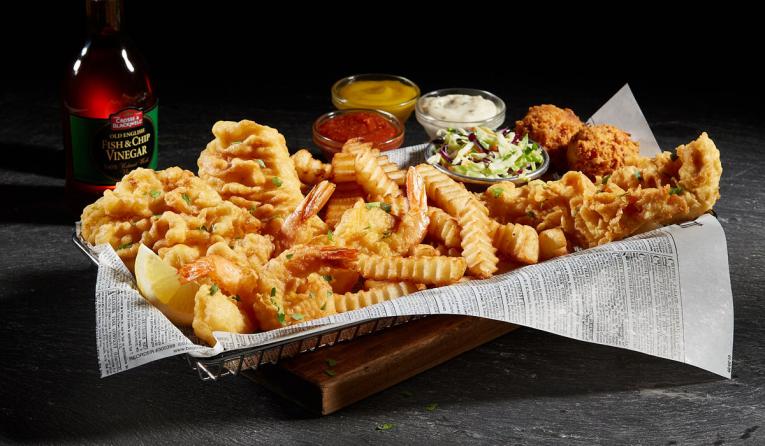 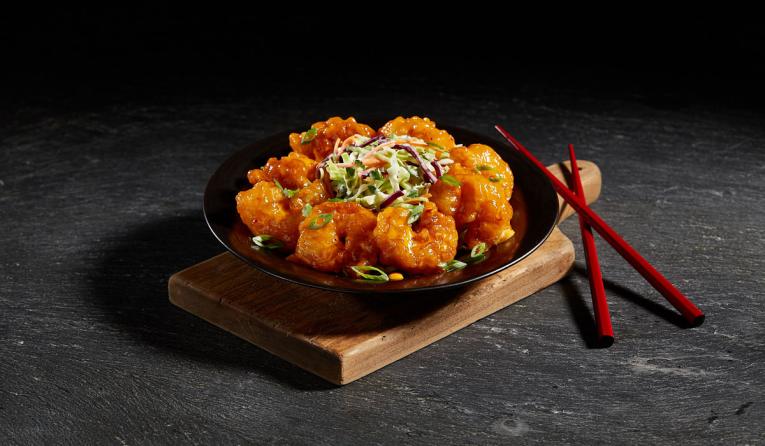 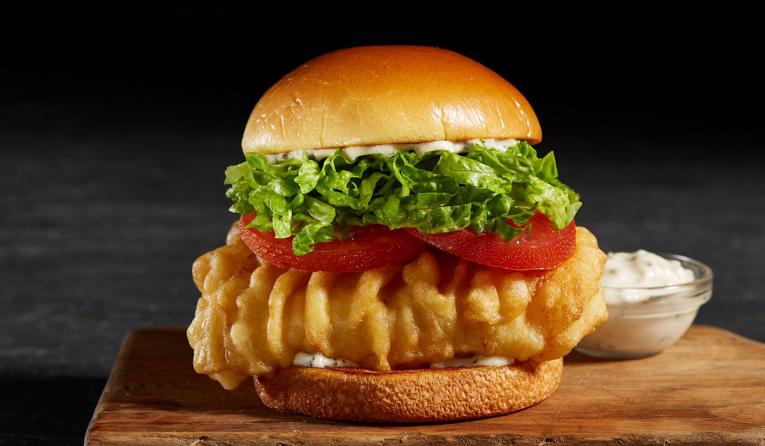 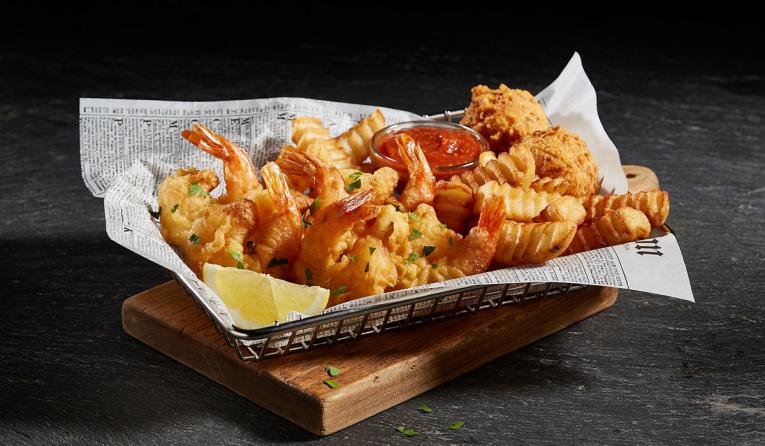 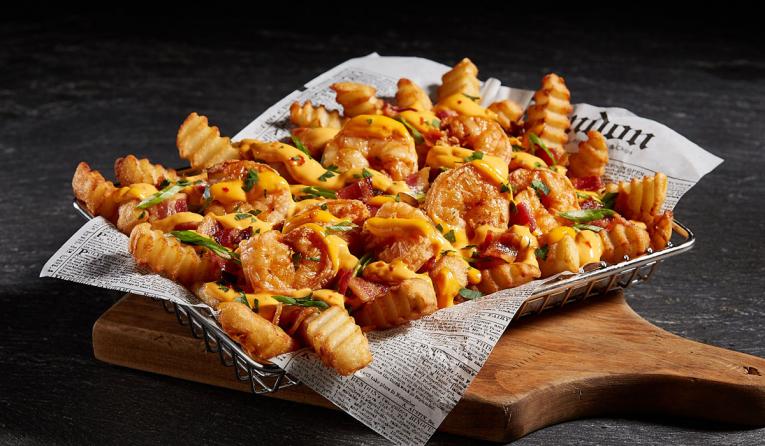 Arthur Treacher’s return to the restaurant landscape could happen quickly as Nathan’s leverages its aforementioned virtual network out of the gate.

“We’re using the same breading that everyone loves. That same hand-batter, crispy golden batter. We’ll have the same hush puppies. But we’re upgrading all of the proteins,” Walker says. “We’re adding more shrimp to the menu. We’re really upscaling the quality, but keeping those same flavors and appearance that people love about the brand.”

Walker believes Arthur Treacher’s can capitalize on sizable “unanswered demand for this category,” as well.

Put plainly, there weren’t a lot of fast-food fried fish players in the 1960s, and there aren’t that many now, relative to the category’s overall boom.

“Seafood is typically not something people make at home. It’s something they want to have a restaurant make for them. One of the things we’re super excited about is we don’t think we have a lot of competition in the space,” Walker says. “And we think growth for the brand is going to be very brisk.”

“Talking to our ghost kitchen partners and operators, they are all excited,” Walker says. “And we think there’s going to be some really brisk growth through the summer months. Because this channel that we’re initially talking about, ghost kitchens, allow that to be the case.”

Nathan’s approached Arthur Treacher’s like it did its own menu efforts. The same way the chain upgraded its burgers, cheesesteaks, and introduced chicken thighs, is how it’s tackling the effort. “We’re making sure all of the food is memorable, creaveable, and Instagrammable,” Walker says. “Which is what we do with all of our food in all of our brands. And it’s going to be really cool to see it in a legacy brand like Arthur Treacher’s”