Can Burger King Spark a Comeback?

A five-point turnaround strategy is underway.

Restaurant Brands International CEO Jose Cil put it plainly—Burger King is not performing at the level the brand expects for itself.

In the second quarter, Burger King’s domestic same-store sales increased 3.1 percent in that window. By comparison, McDonald’s U.S. business grew 14.9 percent over two years (Wendy’s has yet to report its Q2 earnings).

This past year, Burger King dropped behind Wendy’s in the QSR 50 rankings of America’s top fast-food chains. Its domestic systemwide sales in 2019 clocked in at $10.3 billion, ahead of Wendy’s, which collected $9.865 billion. The category leaders swapped places in 2020, with Wendy’s pushing ahead to $10.231 billion and Burger King sliding to $9.657 billion. The main culprit was unit count, where Burger King shed 265 locations in the U.S. as it continued to optimize its portfolio in an effort to modernize assets for digital expansion. Wendy’s, meanwhile, tacked on a net of 29 stores.

The underlying issues for Burger King, which ended Q2 with 7,095 U.S. and 11,681 international locations, have been focus and pace. And they offer the biggest room for breakthrough opportunity. The CEO said Burger King hasn’t placed enough focus on the priorities that will produce the largest impact, and the chain hasn’t moved quickly enough to “accelerate the business performance to the level we know we’re capable of.”

“I know the Burger King business well. And I know what we’re capable of,” Cil said during the company’s Q2 earnings call. “Our franchisees, they know what we’re capable of. I’ve talked with about 30 of our largest franchise partners in the last few weeks, and they have no doubt, we should be leading the [quick-service restaurant] industry here in our home market. I’ve been working closely with the team, and they have a focused mindset to move with velocity on our most important priorities."

“So more than anything, I’m eager to get at it—the journey of transforming Burger King into the leading and most loved [quick-service restaurant],” he continued.

The first step of that journey is driving innovation in the core menu and accelerating daypart and category extensions that will become core to the full-time offering, Cil said. The most recent example is Burger King’s entry into the chicken sandwich wars—the Ch’King sandwich. The sandwich, which is served on a toasty potato bun with crisp pickles and a savory signature sauce, launched nationwide at the beginning of June.

Cil said the product continues to show healthy volumes, doubling the number of its previous chicken sandwich. It’s also expanded Burger King’s demographic, including customers with higher incomes and spending power. The chain expects the Ch’King sandwich to be a driver of sustainable growth “for years to come.”

The other part of core menu innovation is maintaining value through its $1 Your Way Menu—a key driver of traffic to restaurants. In addition, Burger King launched a buy one, get one for $1 offer in the second quarter as an alternative to its 2 for $5 platform. 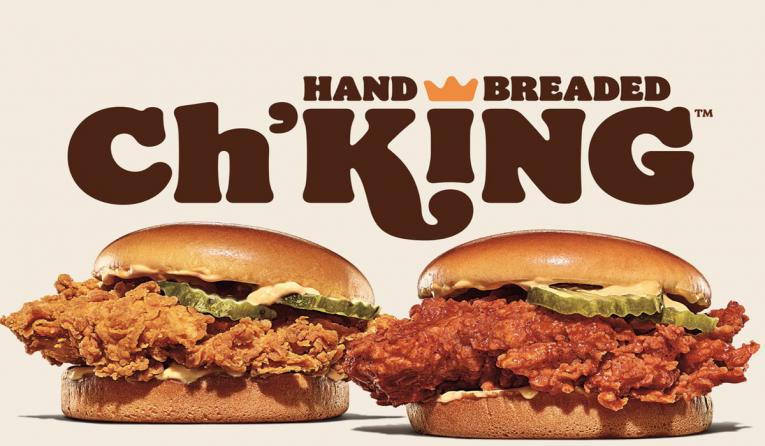 Burger King is pleased with the progress on those fronts, but the brand believes there’s more to gain, especially with breakfast. In April, the daypart mixed roughly 13 percent. At the time, Cil said Burger King had breakfast “square in its sights” and that it’s working with a group of franchisees to build a long-term, multi-layered plan to make it a larger part of the business.

“We’re at our best when we have a balanced approach with a strong focus on core, with premium products that drive check, but at the same time having a balanced approach on value. That continues to be the long-term view of the business,” Cil said. “I’ve seen the opportunity in the near-term as I’ve spent time with the team and speaking with franchisees and getting a better handle on what opportunities for acceleration we have.”

In addition to core menu innovation, the second pillar of Burger King’s strategy is to work with franchisees on “consistent high standards of operational execution.” To that end, the brand has filled its field teams with strong talent to ensure franchisees have the necessary support to train their teams and properly execute.

The third tenet is a commitment to the fully integrated digital ordering experience. Early in 2021, Burger King revealed it was testing a new rewards-based loyalty platform called “Royal Perks.” Consumers earn a certain amount of points for every $1 they spend, which are then redeemable on future purchases. The loyalty program not only provides valuable data and insight on customers, but loyalty consumers typically show higher frequency compared to nonmembers. Thus far the Royal Perks program has been a success as more than 80 percent of members are likely to recommend it.

“I think there’s a bunch of work to do in partnership with our franchisees on operational consistency," Cil said. "I think we have a tremendous opportunity, especially as we grow our digital business and integrate that into the restaurant experience both in-store as well as off-premise through the drive-thru and through delivery." 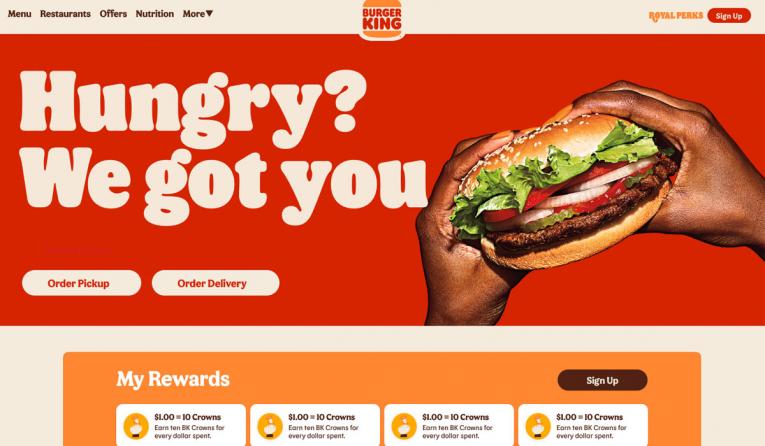 The fourth branch of Burger King’s plan is reimaging the entire portfolio to improve the guest experience and ROI for franchisees. Cil said the chain knows that having a modern, guest-centric, and digitally integrated restaurant is critical to fueling profitability for operators, so the company and franchisees are working together to accelerate the remodeling process.

RBI launched the “Burger King of Tomorrow” initiative several years ago, and Cil said the chain has made good progress, although he didn’t specifically state how many have undergone the process.

The fifth and final portion of the strategy is translating Burger King’s global advertising creativity into “even greater brand loyalty that drives long-term traffic and sales momentum in our home market.” Cil said Burger King has spent a lot of time on price-driven communication, and that it has more work to do on high-quality messaging around the quality of its products.

Cil believes Burger King’s ability to turnaround its underperformance is entirely within its control, no matter what competitors are doing.

“The industry has been competitive for a long, long time. It goes back to the burger wars in the ‘80s and even before that," Cil said. "We feel like the opportunity for acceleration is all about focus and pace and its entirely within our control. I think our franchisees believe the same thing. Our teams believe the same thing. It’s all within our control. … I think we have a really strong team with Burger King. We’ve added some top talent in the organization in marketing as well as operations and the team is beginning to gel together.”

RBI’s other brands, Popeyes and Tim Hortons, both had strong quarters. Popeyes U.S. same-store sales increased 26 percent on a two-year stack, still driven by the viral chicken sandwich that debuted in the latter half of 2019. Domestic AUVs are at $1.8 million, compared to $1.4 million two years ago prior to the launch of the Popeyes Chicken Sandwich. The chain also opened a net of 34 stores in the U.S. quarter-over-quarter—the chain’s best Q2 net restaurant growth since 2017. The brand finished the period with 3,562 stores worldwide—2,667 in the U.S. and 895 internationally.

On July 27, Popeyes launched its next big menu innovation—chicken nuggets. A few weeks ago, RBI sent more than 110 corporate Popeyes employees, along with field teams and trainers, to over 1,200 restaurants across the U.S. to prepare stores for the launch. Although it’s early, Cil said the nuggets are incremental and attracting new demographics in the underutilized afternoon daypart.

Tim Hortons’ Canadian same-store sales declined 2.5 percent on a two-year stack, after declining 14.1 percent in Q1 over two years. The chain grew to 5,065 stores globally, or 3,938 in Canada and 1,127 in the rest of the world. Tim Hortons’ digital channels mixed more than 30 percent—the highest among RBI’s brands.