How a TCBY franchisee found success by investing in an internship program.
Franchising | February 2020 | Danny Klein

TCBY and digital savvy high schoolers have been a perfect fit.

According to the Bureau of Labor Statistics, 55 percent of 16- to 24-year-olds were employed as of July 2018. Hospitality (including foodservice) amassed the largest portion of teen and young adult workers at 26 percent. Last year, there were 1.7 million teenagers working in restaurants.

And here’s another reality operators face: Overall, 30 percent of the eating and drinking place workforce are part-year employees, compared to 18 percent of the total U.S. workforce, per the National Restaurant Association.

It gets compounded by the fact restaurants grapple with cyclical and seasonal turnover. For instance, restaurants add more than 500,000 jobs during an average summer season alone.

Often, thanks to the triple-digital turnover rates we see, operators keep hourly tasks as streamlined as possible to prevent churn from disrupting operations (as much as possible). But does that have to represent menial tasks?

TCBY franchisee Jen Howard realized she needed marketing help. And she found local high schoolers to be digital savvy and quick to learn across several valuable categories. Three years ago, Howard launched an internship program. To say it’s worked out would be a vast understatement.

Howard took some time to chat with QSR about the initiative, its impressive ROI, and how franchisees can benefit from engaging local people—both from a customer and labor standpoint.

Firstly, how long have you been a TCBY franchisee? How did you get involved with the business?

We opened our first store in 2011. My husband and I spent many years as franchise owners in the temporary staffing industry. When we moved back to my hometown in Illinois, we were looking to open a business that would be unique and fun for the community. Self-serve frozen yogurt shops were just starting to take off and when I learned that my favorite froyo from the 1980s had a self-serve model, I was sold on the idea of opening one.

Talk about the teenage intern program. Where did the inspiration for this begin?

It all began when I was asked to participate in a senior marketing project at DePaul University in Chicago. The professor asked me to present my eight biggest marketing challenges to the class at the beginning of the semester. At the time, my challenges were getting young adults to think of TCBY as their first choice for a treat (instead of mainstream options like pizza, French fries and tacos) and earning more followers on social media. Within a six-week timeframe, eight groups of students strategized, brainstormed and presented recommendations to address my marketing challenges with TCBY. My favorite recommendation ended up being to hire a high school intern to help with social media. As an employer and advocate for high schoolers for nearly a decade, I was completely on board and contacted the high school district to become one of the first companies to participate in a local business-student internship program.

The internship program takes place throughout the summer months when students are on break and they work all summer to meet our business goals of one, attracting young customers, two, increasing social media followers, and three, increasing social media engagement to maximize foot traffic in-store. The interns have provided invaluable work for my business such as executing photo shoots for content creation and the design of a bounce-back coupon with the store’s social media QR codes. 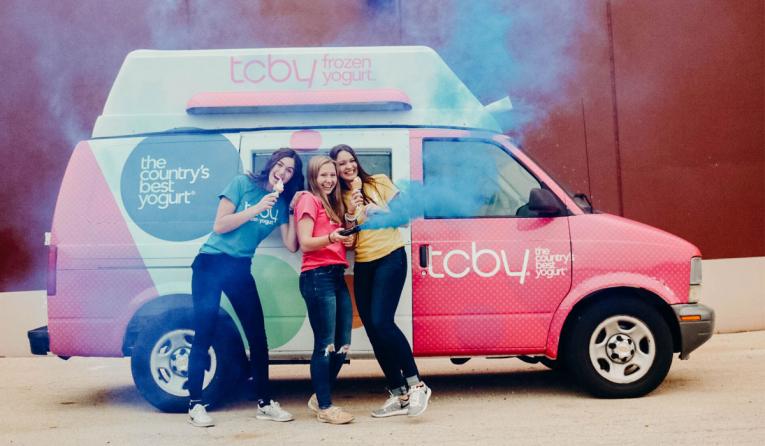 TCBY has no trouble reaching out across demographics.

How do you recruit the employees? And how did you structure the internships so they worked for both parties?

A representative from the high school’s district reaches out to teachers in arts, graphics and photography departments who then recommend students and they submit resumes. The high school narrows it down to 2–3 candidates and then I interview the students and make a selection that best fits the business. The intern works a few hours a day at the high school administrative building and reports to the Multimedia Communications Specialist at the school for training with graphic packages and various media programs. Then they spend a few hours a week taking pictures and videos at TCBY and propose final media posts and marketing materials for me to approve. While the intern is paid by my TCBY business, they receive training from both the Communications Department at the high school and myself, so it is a customized internship designed tailored for my store.

What was the initial goal of the program, and what have been some of the biggest surprises?

The goal was to have high school students gain experience in an internship program normally held by college students. I also was looking for someone who could take on the daily task of managing my social media sites. I was pleasantly surprised by the marketing ideas outside of social media that the intern and the Communication Specialist presented to me.

In terms of social media, marketing, and advertising, what have you learned from the students?

I have learned more about what teenagers and young adults like to see on social media. They like videos, humorous short titles, pictures that are colorful and pictures of themselves. The Gen Z audience wants to feel valued and that their opinions matter. We have learned to engage them in conversations about our product and what flavors they like best to make them feel part of the brand.

How important is a program like this for connecting with the community?

It is very important to let the community know, that as a business owner, I support the school district and the students in our community. 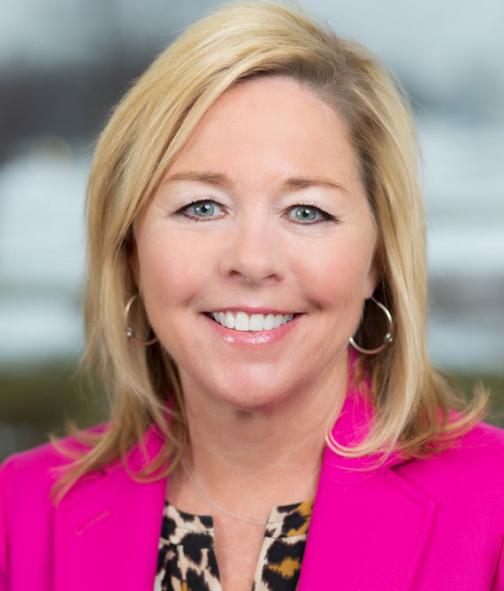 Since the first internship, I have been asked to speak at a public forum on the benefits of the internship and featured in local media, all spreading the word that TCBY cares about the community and the people in it.

What advice would you give franchisees just starting out?

I would say, reach out to your Chamber of Commerce to see if they have education programs with the local school districts and get involved in those committees in whatever capacity you can. I’d also advise contacting the local high school to see if they have internship programs and if they don’t, suggest starting one with your business at the helm.

If you had to pick, what would you say is the biggest challenge and opportunity in the restaurant industry right now?

The biggest challenge we’re facing right now is reaching young adults and reminding them that TCBY is the best choice for a treat, staying competitive on social media and constantly staying current with the ever-changing trends like keto and Whole30 diets in the food service industry.