The chain signed nine deals for 68 stores in 2021 thanks to the new design.

Del Taco’s journey toward a new prototype began in 2018, back when the fast casual was determined to create a design that’s aesthetically reflective of its cultural relevancy and culinary innovation.

Much work was completed through 2019, but the taco chain hit the pause button once the pandemic arrived. The roughly 600-unit chain reset expectations and made sure the prototype was more adaptive and reactive to COVID impacts.

As a result, Del Taco landed on Fresh Flex, with the first ground-up double-drive thru location debuting in Orlando in mid-December. One of the drive-thru lanes is for digital orders, and the front of the restaurant features a mobile pickup locker.

The fast casual chose the name “Fresh Flex” for two specific reasons, says Jeff Little, Del Taco’s senior vice president of development. One is to invoke the restaurant’s fresh food through light green coloring, animations of the sun against contrasting grey and white walls, and a “fun, airy environment.”

The other reason—and most important to franchisees—is to explain the prototype’s ability to fit on multiple pieces of land, from a 1,1150-square-foot drive-thru-only design to a 2,300-square-foot building with a full dining room.

“We wanted to be very flexible with the perspective of real estate and what real estate availability was going to be coming out of the pandemic and thinking about just making sure that our franchisees and us on the company side had the ability to really be very opportunistic as you thought about locations for us moving forward,” Little says.

In the past, a typical Del Taco restaurant needed about 25,000 square feet of land, but the Fresh Flex design allows the chain to build on space as small as 13,000 square feet. Little says this affords Del Taco the ability to infill many existing markets and take advantage of an array of situations, like inline, endcap drive-thru, and second-generation buildings.

CEO John Cappasola says one of the key strategies is leveraging the entrepreneurial spirit of franchisees, who can now use the menu of venues to find more opportunities.

“They can take that entrepreneurial perspective to how they're going to access trade areas in their markets obviously where you may have had trade areas that you didn't have access to before because they were built out and you had to wait for someone to close or you have to wait for something to happen in that trade area to get the size parcel that you needed to build the restaurant,” Cappasola says. “Those things are going to become easier and have become easier now with Fresh Flex.” 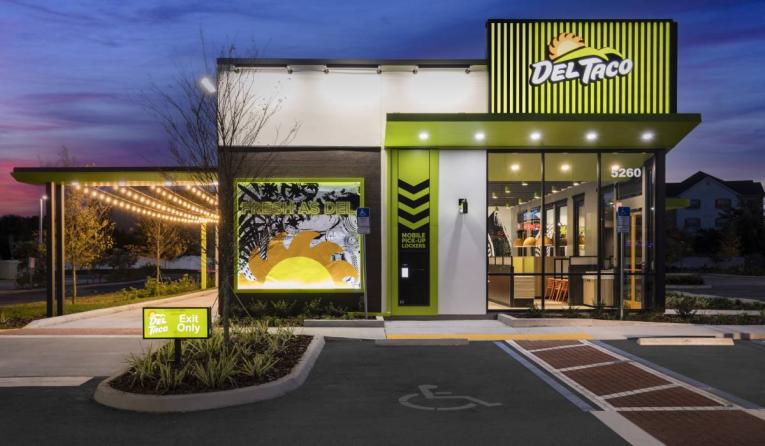 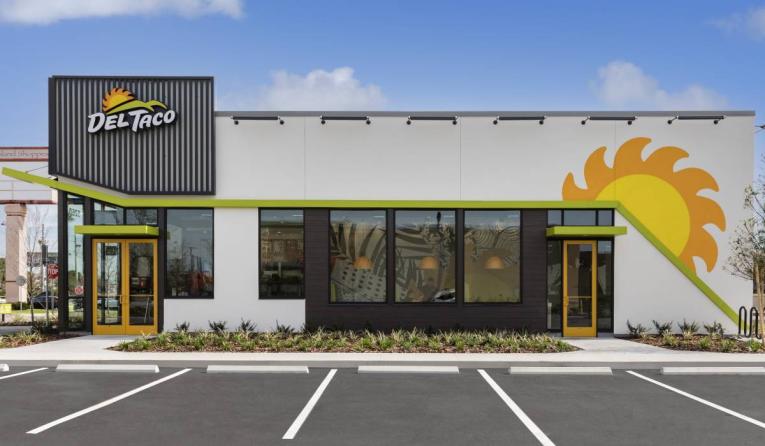 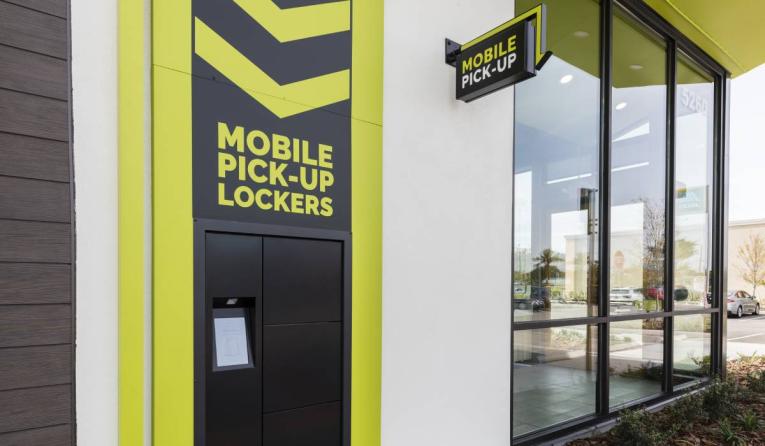 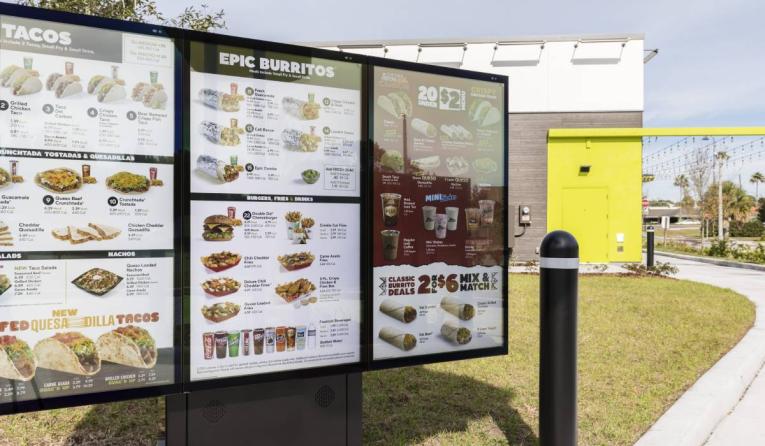 Inside the prototype, Del Taco spent a lot of time ensuring operators were given a “production engine” capable of delivering a better guest experience. Across the selection of prototypes, the size of the kitchen remains constant, and the brand is testing multiple pieces of equipment, such as a new oven to improve cooking efficiency, a dishwashing method that reduces human input, and a kitchen display system to elevate order accuracy. The prototype’s digital menu boards also improve precision, in addition to helping consumers better understand the brand in new markets.

Fresh Flex was unveiled in January 2021, and served as a growth catalyst during the proceeding months. Del Taco signed nine franchise development agreements for 68 restaurants in 10 states last year, which will start to come online in 2022 and 2023. That includes Florida, Georgia, North Carolina, and Virginia, and infill of California and Nevada.

A majority of development this year will showcase the new design. Then in 2023, the goal is to reach 5 percent system growth (roughly 30 to 35 stores). That entire class will be the Fresh Flex prototype.

As Del Taco builds new stores with the latest enhancements, existing restaurants are being remodeled to fit the new aesthetic. Roughly 10 to 12 company-run stores in Southern California have the Fresh Flex design, and more are coming not only to Los Angeles, but also Las Vegas.

In the older stores, it will be an intensive remodel, Little says, because of changes to the exterior and front of house, deferred maintenance, and kitchen work. For newer buildings, it’ll be a “cosmetic re-skin,” with not too much being done to the kitchen.

The ground-up prototype in Orlando is owned by Del Taco. As for the franchise community, an operator in New Mexico plans on being the first franchisee to open a drive-thru only version of the new design later in 2022.

“A lot of interest and excitement in our franchisees community, which has been fantastic to see,” Little says. 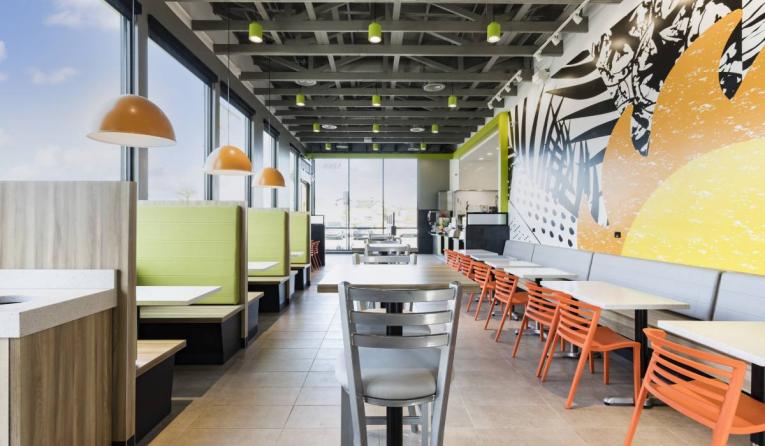 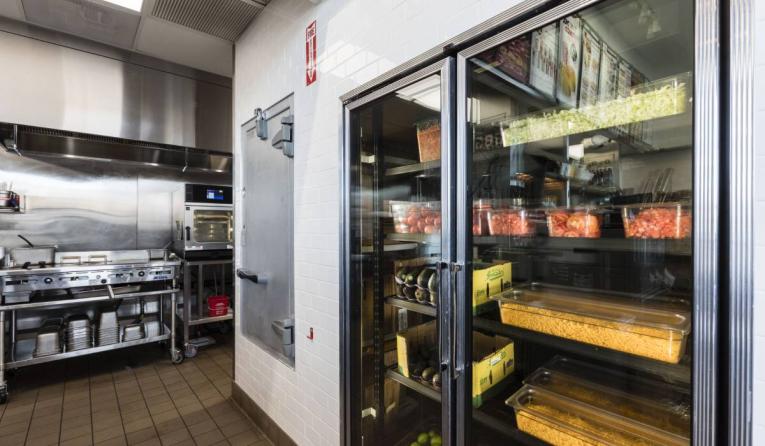 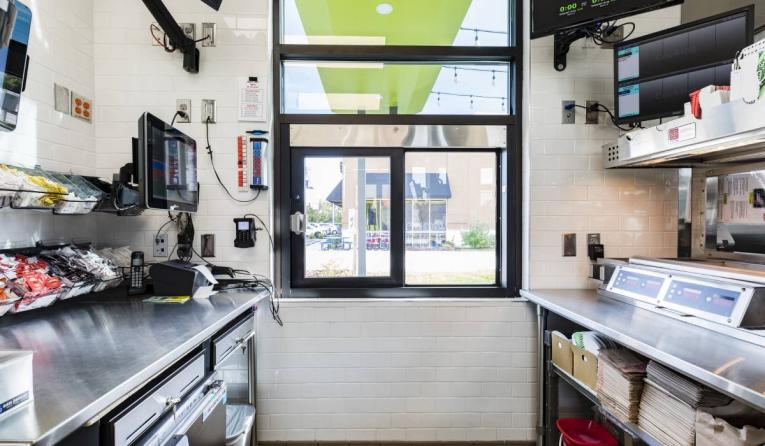 The Orlando restaurant is 2,500 miles away from Del Taco’s home base of Lake Forest, California, but Little says there’s a strategy behind this decision. It starts with the fundamentals of Del Taco’s growth plan, and part of that is unlocking new markets for franchisees by building out regions of the country.

To open the Southeast, Del Taco entered Atlanta several years ago because of favorable costs, labor efficiencies, operating economics, and real estate availability. After making progress, the fast casual wanted to establish another company market nearby, so the chain chose Orlando, a city with “strong market potential,” Little says. A franchisee in the area already has two stores.

The industry veteran believes the new prototype will give Del Taco the opportunity to “spoke out” franchise growth throughout the state. The brand recently signed agreements for the Panhandle, Tampa, and the Space Coast.

“It was a strategic decision to say, hey, let's continue to blow out Southeastern development and help make that region great,” Little says. “And it also was a timing perspective. We had some units in the pipeline and this was one that really afforded us the ability to go into this new market and seat the brand initially with this great new design.”

When the Orlando-based prototype opened in December, it was also the first to debut Del Taco’s new “20 under $2” value menu, ahead of the national launch about a week later. The brand claims it’s the “largest value menu of any QSR+ brand,” filled with options like tacos, burritos, nachos, snacks, treats, drinks, and shakes.

The approach is much different from what’s been seen in the industry as of late. In December, restaurant menu prices rose 6.5 percent, according to the Bureau of Labor Statistics, including an 8 percent jump in quick-service meals.

“As we look at the environment and where the competitive set was going and the consumer starting to feel that inflation, we felt like we could address that through this model,” Cappasola says. “It gives category-leading variety at $2 or under and gives the consumer exactly what they love about our brand at these price points to give them the ability to eat great fresh food and a variety of fresh food on their transaction without breaking the bank.”

The innovation capped off a major year for Del Taco, which entered an agreement to be sold to Jack in the Box for $575 million, creating a multi-brand platform with more than 2,800 restaurants in 25 states. The transaction is scheduled to close sometime in the first quarter.

“We're excited about the prospects and our ability to accelerate growth and support our franchisees to do that moving forward,” the CEO says. “We think we're in a really good position right now as a brand.”