Paris Baguette hopes to have 1,000 domestic restaurants by 2030, but it's going to take some work to get there.

The term “whitespace” can be overused and washed out in foodservice. But you could argue it’s actually understating the present picture at Paris Baguette. The Parisian-inspired fast casual has north of 3,800 global locations across six countries. That isn’t exactly the average story of a brand just starting to flex its U.S. muscle.

READ MORE: Why Paris Baguette is one of QSR’s Best Franchise Deals.

The concept’s roots date back to 1945. It took four decades for the small confectionary shop in Seoul, South Korea, known as Sangmidang, to start growing. It became Paris Croissant in 1986 and Paris Baguette two years later.

Yet while there’s decades and thousands of units of history to lean on, Paris Baguette’s U.S. and franchising story is still, relatively speaking, in its infancy. The brand began franchising in 2015 and has expanded to 72 stateside locations. Only about 20 of those, however, are franchised. The structure remains heavily corporate, and there’s a good reason why. Jack Moran, named Paris Baguette’s chief operating officer in August, believes the brand still hasn’t perfected its U.S. expansion model.

There are eight Manhattan stores, and those are packed to the walls each day. But take away the guaranteed foot traffic and Moran sees gaps in Paris Baguette’s growth that need to be addressed.

“We don’t yet believe we have the model right for general America,” says Moran, who served as CEO at Le Pain Quotidien USA before joining Paris Baguette.

That’s why the company-run/franchisee ratio is so skewed. When Moran joined, there was little uniformity across the corporate and franchised stores. Décor. Designs. Even logos weren’t always aligned. Franchisees were building to a spec but the company stores had much looser rein. “The reason we want to own is to be able to play with the concept until we feel like we’ve really found a sweet spot. I don’t think we’ve really found it yet,” he said. 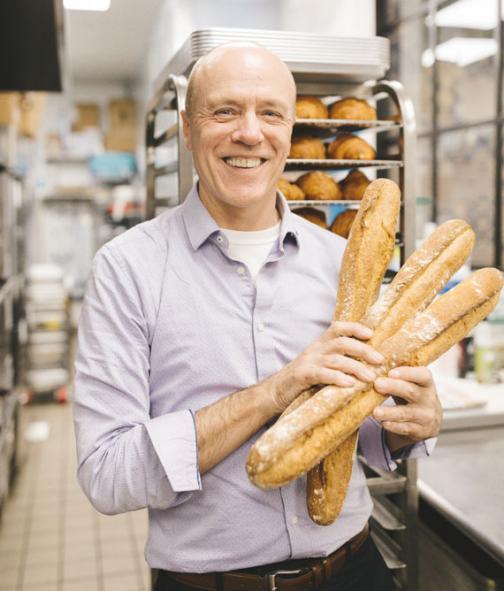 “So I think as we start to grow we’re going to have to look at a mixed bag,” he says. “We find an amazing local guy somewhere we say yes. Or we find a group that demonstrates some kind of expertise.”

Moran would like to stretch that to 50 if possible. Then from 50 to 90, and sustained growth over the course of a decade. And that’s assuming Paris Baguette doesn’t wield its sizable infrastructure to blow the door off those projections, say, five years from now.

The concept first entered the U.S. market in 2006 and has focused primarily on the corporate growth in New York and Los Angeles. There are also units in New Jersey, Philadelphia, Boston, Virginia, and outside Atlanta. Average-unit volumes are currently pushing $2.2 million with systemwide sales of $110,000,000. Total startup costs range between $710,000–$1,207,000 with a franchisee fee of $50,000, a royalty of 5 percent, and renewal fee of $25,000. There’s also a 1 percent marketing fee.

Like Moran, Tipton arrives from Le Pain Quotidien USA, where he worked in the same VP of operations post. The executive changes reflect a rapidly moving brand.

For starters, one of the interesting aspects of Paris Baguette is that it’s really an Asian-infused French bakery concept more than it’s a straight-off-the-street Paris café.

And that’s not the easiest story to tell. It’s molded Paris Baguette’s growth to date, with stores opening in predominantly Asian urban neighborhoods. There’s about to be a fourth in Flushing, Queens, for example. There are synergistic locations next to Asian American supermarket chain H Mart.

The reason for this is obvious, of course. Moran says Starbucks is dwarfed by Paris Baguette in South Korea, and the overwhelming brand recognition has no trouble traversing the globe. 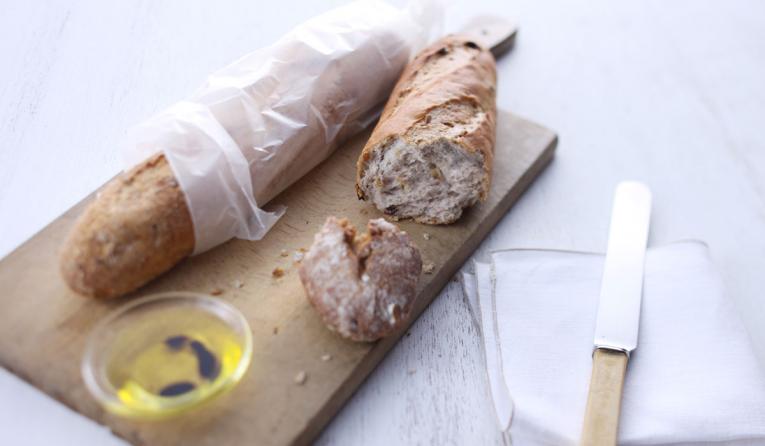 Paris Baguette is an Asian-infused French bakery. How do you tell that story to consumers?

“When I went to Seoul and encountered Paris Baguette I realized their focus on baking and baked goods and the quality of baked goods was far more intense than even the Parisians or the Belgians,” Moran says. “The quality infatuation. The idea that you could conceive of something in Europe and somehow it ended up in Asia and it got better led me into this concept. That was really the beginning of my sensing that there was a big opportunity to grow this concept in the states.”

Having Manhattan stores erased early branding concerns, but Moran realized it wasn’t a long-term play to massive growth. “I think you get addicted, particularly in Manhattan, you get addicted to automatic foot traffic that you don’t even have to be a destination, and you don’t even have to be known,” he says. “You just have to be there. And if you’re there and you’re selling something that is mildly recognizable, you can fill a space.”

“Once you start to get outside of the Asian community, and then outside of your zone of recognition, you have to create that recognition, it means a lot more storytelling, active marketing, flag waving, partnerships,” Moran adds. “You can’t just rely on having a broad storefront, which is kind of what you do in Manhattan.”

One of the keys here is product selection. Currently, Paris Baguette is mostly just a copy-and-paste menu from Asia. That’s a challenge considering the fact the Korean stores average 120 new products a year, Moran says. Adding 10 a month is logistically crippling to a franchise operation hoping to scale quickly, while also educating its consumers on what Asian-style bakery products look like in this space. Moran says the options are being cut 20 percent in the U.S. 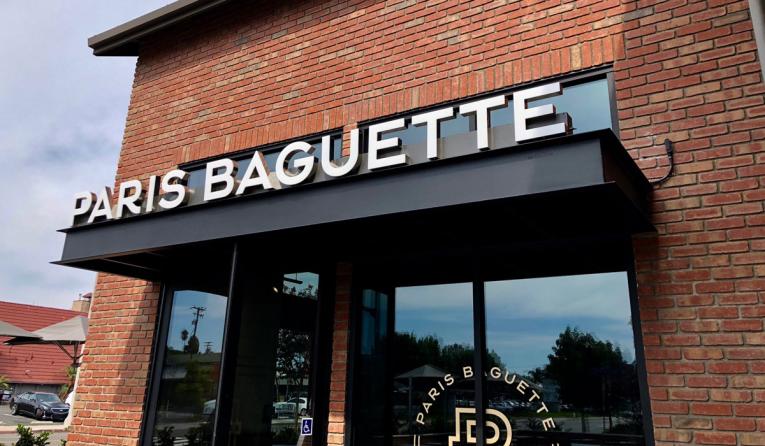 What does Paris Baguette's model look like outside of the big city? That's something the brand is still working on.

Moran adds Paris Baguette will likely go into trade channel management. In other terms, its stores in Asian communities will mirror the Korean outposts food-wise. Suburban and urban restaurants, depending on locations, will feature a far less vast array of products to make it more comprehensible for the American public at large.

“We’re going to have to make peace with who we are and figure out a way to articulate our identity as we go into cities like Dallas and Houston, and what do we say about ourselves, and what is it that we’re offering? And how do we drive traffic when people are in cars and they’re not walking on street level? That’s a whole other piece of work,” Moran says.

How do you articulate that you’re a Parisian-inspired but Korean-born concept? Moran says it’s critical to spin this angle to a place where guests understand the positioning is an asset, not a liability.

“I wish I could tell all the bakery consumers in the U.S. that baked goods from Eastern Asia are spectacular,” he says. “But that narrative is not in the cultural dialogue at the moment. That needs to be unraveled at the moment.”

Paris Baguette’s dough is made in Korea, flash frozen, and then sent off to the U.S. to be baked off. It’s proofed in the stores, too. Dough is laminated and then baked and decorated. Some of the product also ends up in Paris Baguette’s manufacturing facilities for the same process. In that case it’s thawed, proofed, baked on certain occasions, and then shipped, refrigerated to the store. This process has been an appealing one for operators.

“The model so far up until now has been single-unit operator. Somebody with enough net worth and liquid cash to get the store open, with some experience ideally in a restaurant or retail space who understand customer service, hiring, training, ambiance, and we believe we can provide the baking expertise that they may lack,” Moran says.