With contracts for more than 20 stores, the concept is sprinting toward the 100-unit mark.

Web Exclusives | September 9, 2021 | Ben Coley
WNB Factory
WNB Factory rolled out the 'Not Closed on Sunday' Sandwich as its entry into the chicken sandwich wars.

WNB Factory’s entire brand and foundation is built upon one simple mission: “only the good stuff.”

The tagline refers to the certified angus beef, all-natural cage-free wings, high-quality natural cheese, and locally grown toppings. Beyond menu offerings, the message also represents how the 62-unit chain navigated the pandemic. "Only good stuff" seems to be happening to the brand in light of the chaotic environment.

WNB, which stands for wings and burgers, opened 18 locations in 2020, a year-over-year growth rate of roughly 40 percent. Even as the Delta variant ravages the country, same-store sales are growing double digits year-over-year and have remained steady from May through August. The Texas market saw a 55 percent increase in sales since WNB entered the area eight months ago, and systemwide, the company is reeling in $3.5 million in monthly sales.

As the brand heads toward the rest of 2021 and into 2022, it plans to parlay favorable sales into more unit development.

“We've got contracts right now on at least 20 stores, which is going to pretty much take us pretty close to the 100 mark,” says Robert Bales, vice president and COO of parent company PK Restaurant Group. “We also have some contracts pending for some other markets.”

A majority of WNB locations are in Georgia, in addition to a handful of outlets across Virginia, Alabama, and Dallas. Two more stores are scheduled to open in the DMV market within the next 12 weeks, including Jessup, Maryland, and Richmond, Virginia. Those restaurants, combined with other recently opened locations, are expected to contribute $7.2 million in additional sales in 2022.

WNB also signed a three-unit development deal to open units in Cincinnati, Ohio, and Bales says the brand is expecting to seal an agreement for Springfield, Massachusetts. To test the Florida market, the company is considering a partnership with a third party to open a ghost kitchen.

The COO says the concept looks to build stores in large residential and suburban areas, with marketplace incomes of $70,000 or more, such as recent additions Acworth and Marietta, Georgia.

“We're not trying to be in the middle of like Atlanta and compete with 60 different brands within a 5-square-mile area,” Bales says. “We're trying to be a little bit more niche in markets where we feel like there's a better opportunity, where there's not as much of the competitive side so we have better exposure for what we do instead of trying to compete with everybody else out there in the same space and the high-rent districts. That's not where we want to go. We want to go into a little bit smaller markets where we feel like we have better exposure and we get better results.” 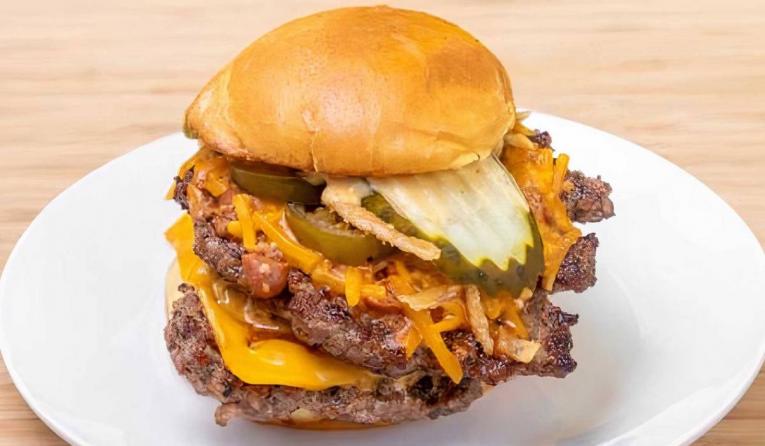 The biggest underlying factor to success, Bales says, is perpetual innovation, including several menu updates. When the chicken sandwich wars heated up between Popeyes and Chick-fil-A, WNB introduced its own version called the “Not Closed on Sunday” Chicken Sandwich, which features hand-breaded chicken tenders, proprietary house sauce, and dill pickles on a brioche bun.

More recently the brand rolled out the Big Texas burger, comprising double certified Angus beef patties, American and cheddar cheeses, charred jalapeños, crispy fried onions, house sauce, and pickles. It can be served with a brioche, wheat, or pretzel bun, or no bun at all. The product was designed to kick off in Texas, but WNB liked it so much that it's spreading systemwide. In terms of beverages, some stores like Carrollton, Texas, offer craft beers and wine, which Bales refers to as the WNB+ model.

From an operational standpoint, the chain revamped its online ordering and POS capabilities six months ago to better facilitate takeout and delivery, with DoorDash serving as the primary partner. In June, WNB earned $700,000 in off-premises sales, but that has since grown to more than $850,000. Year-over-year, the channel has increased roughly 71 percent.

“We're trying to definitely streamline that because we see such a big increase in that part of our business,” Bales says. “I don't anticipate that ever going away now. I think everybody is accustomed to fast, and they want to be able to get in and get out, if that's what they're doing, and just grab it and go. We're going to continue to embrace that.”

WNB will look to incorporate those digital upgrades into future store designs. Bales says the brand is exploring a new company-run site in Covington, Georgia, that includes designated parking spaces for delivery drivers and to-go customers and a separate entrance for easy pickup. The store will also feature an open-style kitchen, additional patio seating, and more TVs.

“We just continue to want to try to innovate with those new ideas to keep customers engaged, looking at us, and trying something different,” Bales says. 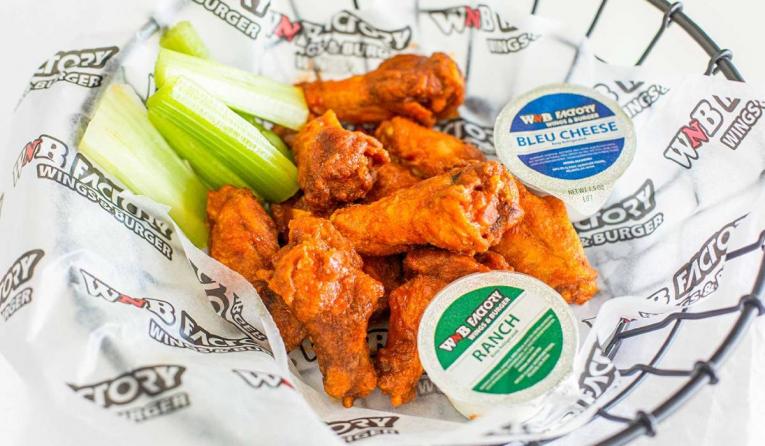 Wings are 50 percent of what the brand purchases, and the chain has experienced a 35 to 40 percent increase in costs.

“We're trying to make it more convenient for our customers to do business with us and in the same sense take the quality of the food and the quality of what we have in store and keep that elevated,” says Robert Bales, COO and VP of PK Restaurant Group.

Although sales and unit development are trending in the right direction, WNB hasn’t been immune to recent commodity pressures, especially wing prices. Bales says wings are 50 percent of what the brand purchases, and the chain has experienced a 35 to 40 percent increase in costs. To mitigate inflation, WNB took a slight increase across all of its chicken items, bumping chicken-related sales from $9,000 per week to about $11,000 per week. That’s helped the chain pull even with the growing product costs. To further reduce pressure, the company has leaned into its menu mix and other proteins featured in burgers, fried rice, cheesesteaks, and other selections.

So far, pricing hasn’t affected transactions in a significant way.

“We have actually seen very, very little, if any of that,” Bales says. “A Virginia owner was in here [recently]. He and I were talking because we did price changes in Virginia. The Virginia market is a lot different than it is in Georgia and Alabama. The labor cost is much more up there, the cost of rent is more, and we did a little bit more of a price increase for the Virginia market than we have in Georgia. And he says he has not seen any downtick at all."

“As matter of fact, he continues to see an uptick,” he continues. “We did do competitive pricing in that marketplace with other competitors Wingstop and Five Guys and BurgerFi, and we are still very competitively priced, actually a little bit less than those other competitors. We feel like we're still offering the better-quality product, as well.”

That headwind won’t stop WNB’s desire for innovation, Bales says. The brand is in negotiation with what he thinks will be a “game changer” for the chicken market and one that will be completely unique from both a processing and an environmental aspect. Also, at the store level, WNB is asking operators of older stores to undergo a refresh with new images, fonts, and signage to ensure modernization is on the same level systemwide.

“We're trying to make it more convenient for our customers to do business with us and in the same sense take the quality of the food and the quality of what we have in store and keep that elevated,” Bales says.

KFC Promotes Longtime Exec Tarun Lal to President of U.S. Business
Your Menu is Your Best Marketing Tool—Here’s How to Use It
Chick-fil-A is Testing Express Drive-Thru Lanes