In the quick-service restaurant business, the formula to win is brand buzz, product news, and great value, said Yum! Brands CEO David Gibbs. And chains must deliver on all three components, not just one or two.

No brand proved that more in the second quarter than Taco Bell.

The fast-food giant brought back Mexican Pizza in May as an LTO. Loyalty members were given access two days before full release, and in that two-day window, loyalty registrations grew 15x. For the quarter, the number of rewards members increased 10 percent. Taco Bell sold more than 20 million pizzas nationwide—7x previous levels. Some stores sold out within a week. Because of the overwhelming response, Mexican Pizza is returning again this fall, and it will be a permanent menu item. Taco Bell’s app was downloaded 1.4 million times in May, according to Apptopia, a leader in real-time competitive intelligence. This was second only to McDonald's. Month-over-month downloads grew 82.1 percent, most among the top-36 quick-service apps.

The item, starting at $4.49, was shelved in 2020 in favor of simplification and new innovation. This was much to the chagrin of customers. One superfan, Kris Jagirdar, created a Change.org petition that received more than 200,000 signatures.

Thanks in part to Mexican Pizza, Taco Bell’s U.S. same-store sales lifted 8 percent in Q2 despite inflation, war, and lapping Yum!’s highest comps quarter of all time. It was a much better performance than sister concepts KFC, Pizza Hut, and The Habit Burger Grill, which saw systemwide same-store sales decline 1 percent, 3 percent, and 4 percent year-over-year, respectively.

Gibbs said Mexican Pizza's return later this year should translate into “a couple of points of sales,” but he emphasized that innovation like this has greater purpose.

“The benefit of things like the Mexican Pizza is the connection it has with consumers, the love they have for the product, and the halo it provides to the brand,” Gibbs said during the company’s Q2 earnings call. “It’s just as much about the buzz that that creates and the relevance it creates for our brand as it is about the discrete amount of sales. ... And I think that is really our formula. We have got to be the most relevant brands in the industry and connecting with consumers the way Taco Bell has done in Q2. And you can see the results when that happens.”

Taco Bell’s development news was just as significant. In partnership with long-time franchisee Border Foods, the brand opened its two-story Taco Bell Defy prototype, equipped with four drive-thrus, a proprietary lift system to transport orders, and digital check-in screens for mobile guests. The futuristic store design includes many features that could be part of upcoming restaurants.

In the U.S., Taco Bell experienced 2 percent unit growth year-over-year, raising its total to 7,044 restaurants. The brand opened a net of 23 locations in the quarter.

Internationally, the brand’s same-store sales increased 9 percent compared to last year, with five out of seven European markets seeing double-digit lifts. For the third straight quarter, international development outpaced the U.S. with 46 net new restaurants. Because of this momentum, full-year international expansion is expected to be higher than the U.S. for the first time. Taco Bell ended the period with 856 international units, a 27 percent increase year-over-year.

“The development machine at Taco Bell is really hitting on all cylinders internationally,” Gibbs said. “And we are proving that with focused effort, the right team against it—[Taco Bell president] Julie Masino and her team are doing an amazing job—the right franchise partners, that we can get to scale in these Taco Bell international markets, and they can be massive growth drivers for Yum!. We should get to the end of the year with over four markets at the 100-plus unit count, which that’s what we know to be the tipping point for really accelerated growth down the road.”

Yum! hauled nearly $6 billion in digital sales in Q2, and Taco Bell is looking to gain a bigger share of that going forward. The chain fully deployed pickup shelves across company-owned units and plans to launch the amenity across the rest of the system by early 2023.

And in the face of double-digit labor and commodity inflation, Taco Bell’s margins at corporate stores were 26 percent—flat year-over-year and 200 basis points ahead of 2019.

“This is a testament to the brand’s pricing power and the operational efficiencies the team continues to achieve, both contributing to best-in-class,” said CFO Chris Turner. 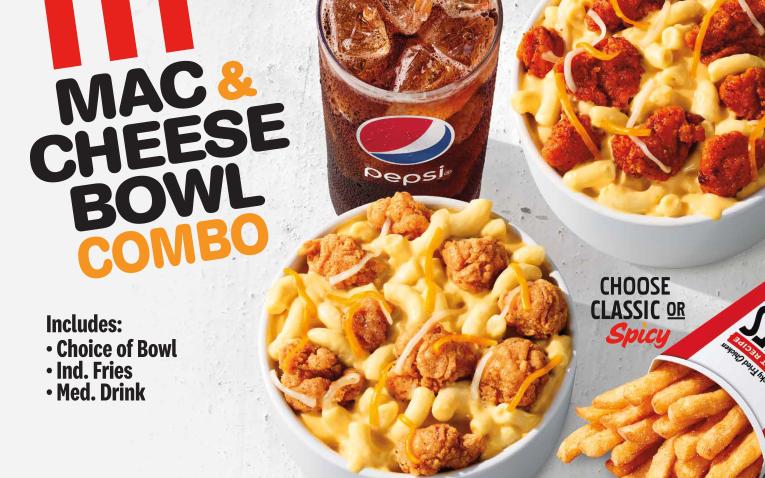 By comparison, KFC and Pizza Hut faced a much tougher quarter. KFC’s U.S. same-store sales dropped 7 percent versus the year-ago period, which Gibbs attributed to lapping the chicken sandwich, in addition to stimulus-fueled consumer wallets. By the end of the quarter, the chicken chain rolled out Mac & Cheese Bowls to directly address value.

Pizza Hut’s domestic comps dropped 4 percent, mostly due to issues with delivery. Yum! is hoping to resolve challenges with greater adoption of third-party partnerships. At the end of Q2, roughly 55 percent of U.S. locations implemented third-party delivery to fulfill orders, up from 40 percent at the start of the quarter. Also, 70 percent of eligible units are promoted on at least one third-party marketplace, an increase from 45 percent in April. Only 35 percent are on multiple third-party websites. Franchisees who’ve implemented both are running mid-single digits higher than those who haven’t.

“Demand remains strong,” Turner said. “Our carryout business was up strongly, but we saw declines again in the delivery business. And so that’s what we are focused on addressing—the availability of drivers to deliver the product whenever a customer wants to order through that channel. We talked about last quarter, we were starting to implement changes. Some of those are internal where we are changing things like our hiring practices to make a faster hiring process because that’s what folks who are in the market for driving jobs look for. But we also talked about how the partnerships with aggregators can help us, as well.”

During the second quarter, Yum! completed its transfer of Russia-based Pizza Hut locations to a local operator who began the process of rebranding to a new concept. For KFC, the company is in advanced discussions of transferring ownership, operating systems, and master franchise rights to a local operator. Once that’s complete, Yum! will have fully exited Russia.

The 1,165 restaurants were removed from total unit count and total system sales as of the beginning of Q2, negatively impacting each by 2 percentage points. The outlets didn’t affect same-store sales results. Yum! was scheduled to open more than 100 locations in Russia in Q2 before deciding to exit. However, the brand is still confident in hitting its 4-5 percent unit growth projection.

The Habit Burger had 338 units total, with 325 of them being in the U.S. Thanks to a digital promotion during National Burger Month, mobile app downloads increased 10 percent.