From a Super Bowl ad starring Andy Warhol to a 1-cent Whopper deal involving geofencing and McDonald’s, Burger King has gambled big on edgy marketing. The eyebrow-raising promotions, however, seem to be paying off.

At the end of 2018, same-store sales at Burger King were up by 1.7 percent compared to last year, and restaurant growth (net unit count growth) increased by 6 percent, as reported during a recent earnings call with parent company Restaurant Brands International (RBI).

“In the fourth quarter of 2018, U.S. comparable sales improved on a sequential basis, driven by a better balance in our menu, including successful promotions relative to the third quarter, such as our $1 10-piece nuggets promotion and our Whopper Detour offer,” said José Cil, RBI’s new CEO, on the February 11 call.

The small boost in same-store sales over the last quarter is something that the brand hopes can be sustainable in the long run. Through an innovative pipeline of products, a balanced menu structure, and strong marketing, the brand will be able to steadily increase comparable sales in the future, Cil said.

“We're a fundamentally brand-led company, and we've demonstrated this through impactful, edgy marketing campaigns including the Nightmare King, the Whopper Detour, and most recently, our Eat Like Andy ad during the Super Bowl,” Cil said.

Advertising and creatively marketing new products are getting guests in the door, but it’s the enhanced customer experience that’s bringing them back. 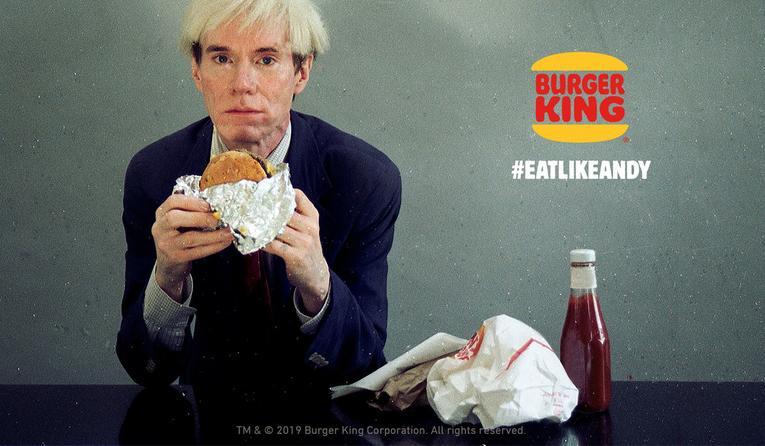 “In addition to the important menu- and marketing-related drivers of growth, our strategy of Burger King continues to center on enhancing guest experience through restaurant image, technology, and service,” Cil said.

Plans for the Burger King of Tomorrow model—Burger King’s new prototype—were released last quarter, and the company plans on aggressively rolling out the new model in the near future. By integrating technology, outdoor digital menuboards, and self-order kiosks, the company believes the new features will improve the customer experience even more.

Burger King’s commitment to upgraded technology doesn’t stop with the customer experience. The company is using technology to improve all aspects of operations, including drive thru, app development, and delivery—the last of which is now available in more than 3,000 U.S. locations.

Even though Burger King was named in the 2018 QSR Drive-Thru Study as having the fastest speed of service—an average of 193.31 seconds per customer—the company believes there is still room for improvement.

“As it relates to operations, since the majority of our sales in the U.S. occur in the drive thru, we continue to place emphasis on further improving our drive-thru speed of service,” Cil said.

The Burger King of Tomorrow restaurant model was built around franchise-led initiatives, like the double drive thru and outdoor digital menuboards, and franchisee feedback. It’s time for the new model to become the new re-imagination of the brand, Cil said.

“Our franchisees are particularly excited with the technology elements of the remodels and the focus on the exterior and the drive thru,” Cil said. “Everyone agrees that it makes a lot of sense to focus our efforts on improving guest experience through these elements, especially with double drive thrus and outdoor digital menuboards. We're just getting started in the process.” 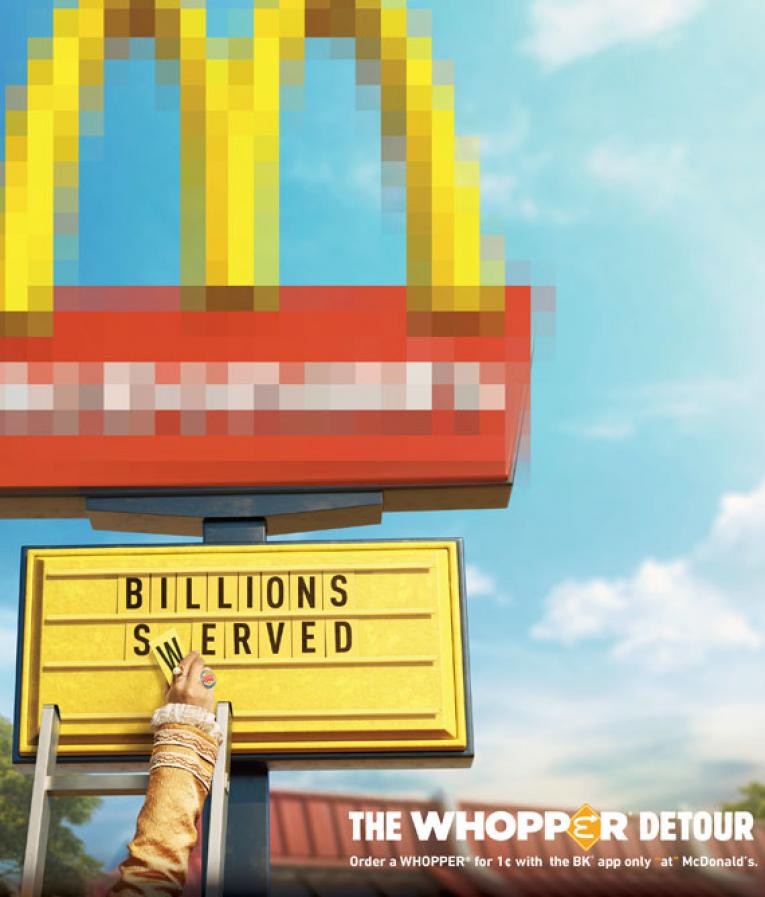 A revamped Burger King app debuted in December. Another example of clever marketing coincided with the launch of the new app. The Whopper Detour campaign launched at the same time to encourage customers to order online and through the new app.

“Users of the Burger King app were able to purchase a whopper for $0.01, if they were close enough to a restaurant of our largest competitor [McDonald’s],” Cil said. “We generated over 1.5 million downloads from the initiative, making the Burger King app the No. 1 most downloaded app in the Apple store for several days in a row and the most downloaded quick service app in the U.S. among our direct competitors in December.”

Burger King has been growing modestly in both domestic and international markets—around 1–2 percent, Cil said. Over the past two years and in 2018 in particular, Burger King ramped up expansion. By looking at underpenetrated areas in existing markets and developing partnerships with new and existing franchisees, Burger King was able to rapidly increase its footprint.

Over the past year, Burger King opened 1,000 restaurants worldwide, with about 100 of those being in the U.S. These openings translate to a net growth of 6 percent, which will pay off for domestic franchisees in the future, Cil said.

“We believe this accelerated pace of growth in our home market is a testament to the improved franchise economics and to the meaningful prospects for further growth of our domestic business for many years to come,” Cil said.

Another indication that this rapid expansion is paying off is the rise in profitability for operators. Restaurant Brands International didn’t go into detail but reported the average profitability of Burger King franchises increased in 2018. “We continue to see really healthy returns in the business, especially … BK in the U.S. Our focus continues to be on driving top line sales. We know that when we have balanced menu offerings and calendar promotions, that we drive top-line, and that has a big impact on the bottom line.”

The brand beat analysts’ predictions by posting revenues of $1.39 billion for the fourth quarter compared to $1.23 billion year-over-year. Restaurant Brands reported quarterly earnings of $0.68 per share compared to $0.66 per share a year ago.

The positive results from Burger King’s accelerated growth strategy indicate the same might be possible for the other two brands in the Restaurant Brands portfolio.

“It's no surprise that we continue to be excited and confident in the long-term prospects for growth for the BK brand all around the world,” Cil said. “This experience with BK that gives me confidence in our ability to accelerate growth for Popeyes and Tims around the world.”