Shake Shack has aggressive growth plans in the near and distant future.

The next stage of Shake Shack’s digital evolution has arrived. The rapidly expanding burger chain, which plans to add up to 40 new U.S. restaurants in 2019, unveiled a redesigned mobile app Tuesday and launched web ordering nationwide.

Shake Shack, in collaboration with development agency Fuzz and mobile-ordering platform Olo, said the mobile app relaunch was reworked with a guest check-out experience and fresh look that specifically addresses convenience and personalization. The Shack App was released roughly two years ago. It allowed guests to order ahead and schedule a pickup time.

“Knowing that consumers demand faster, easier and more personalized experiences, Shake Shack used guest data to develop a number of enhancements that optimize the path to purchase,” the company said.

Here’s how, as outlined by Shake Shack:

On Demand Ordering: A critical driver of convenience is speed, Shake Shack said. After hearing from guests that they desired earlier pickup times that would allow them to skip the lines, Shake Shack introduced ASAP ordering earlier this year, which now accounts for 70 percent of all orders placed through the app. With the redesigned app, Shake Shack takes this a step further, moving time slots from the beginning of the checkout flow to the end and removing the countdown timer to allow guests to browse and check out on their time.

Reducing the amount of taps: After seeing drop off from opening to checkout, Shake Shack reevaluated and optimized the path to purchase. The new version of the app is designed to better anticipate guest needs and help them through checkout flow in as few screens as possible. Through a series of sprint based designs and user testing, Shake Shack reduced the amount of taps it takes from open to checkout by roughly 50 percent.

Order history: Many Shake Shack guests are habitual users who frequently order the same few items, the company noted. Designing a simple, easy way to favorite orders was important to ensure convenience for frequent guests who want to quickly reorder.

Personalized Messaging: App users are among Shake Shack’s most loyal guests (with a higher average frequency and higher average spend). The app redesign lays the foundation for more personalization with the ability to strategically message based on where guests are in the life cycle with things like app-exclusive menu items, special offers and local offers.

Designed for the future: The latest version of the app was designed for activation of new features like Apple Pay and Venmo, which will be tested and released in 2019. It’s also built for enhanced location services like geo-tracking, allowing Shake Shack to more seamlessly time guests orders for pickup and deliver a better product.

Fresh aesthetic: Using learnings from social channels and observing what followers were engaging with, Shake Shack refreshed the visuals of the app in order to deliver a more consistent brand experience. The new version is lighter and brighter, in line with social channels and newer in-Shack design.

Shake Shack previously tested its web-ordering pilot in 10 restaurants across the country. The platform is similar to Shack Shack’s kiosks and mobile applications, and guests follow the same pick-up process as the app. With higher category limits compared to the app, and the ability to check out as a guest, web ordering is a way to attack the “more transient guest,” Shake Shack said. 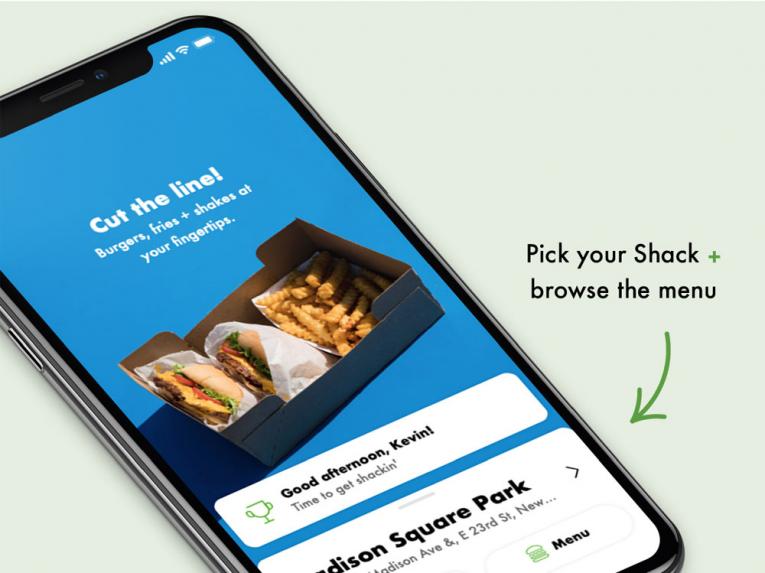 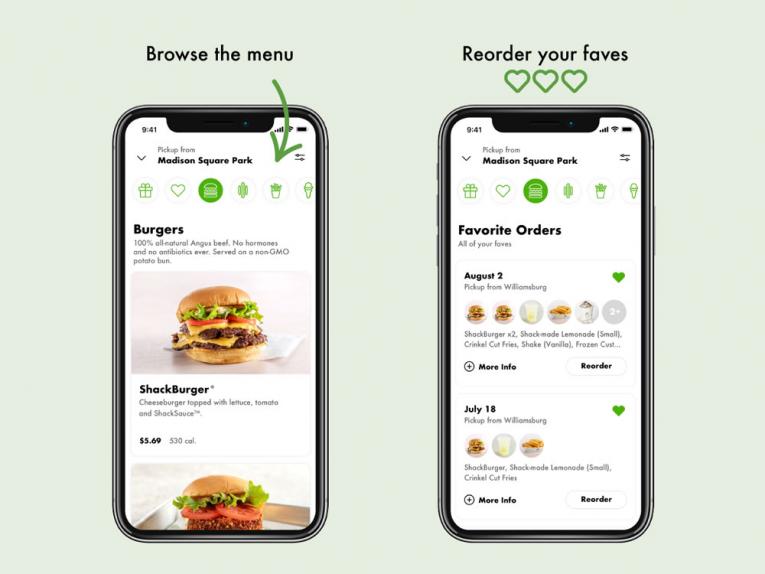 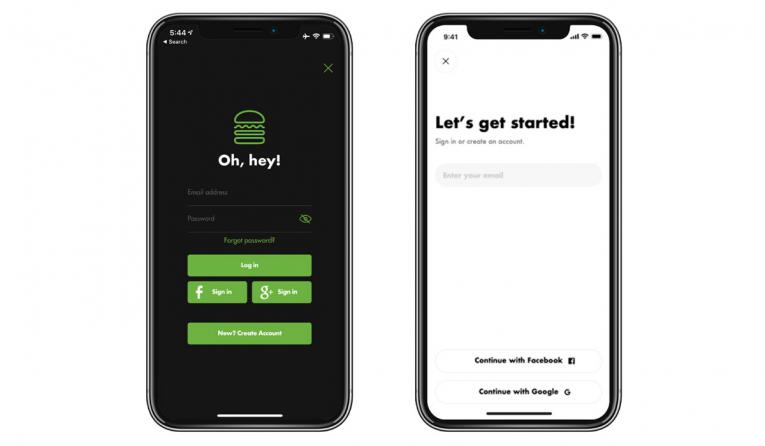 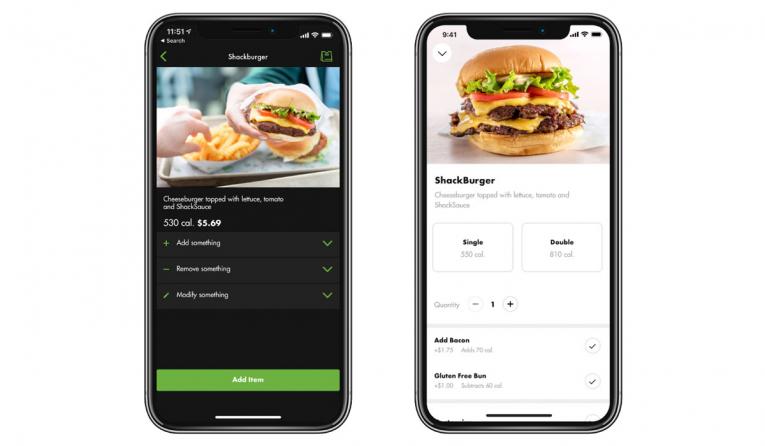 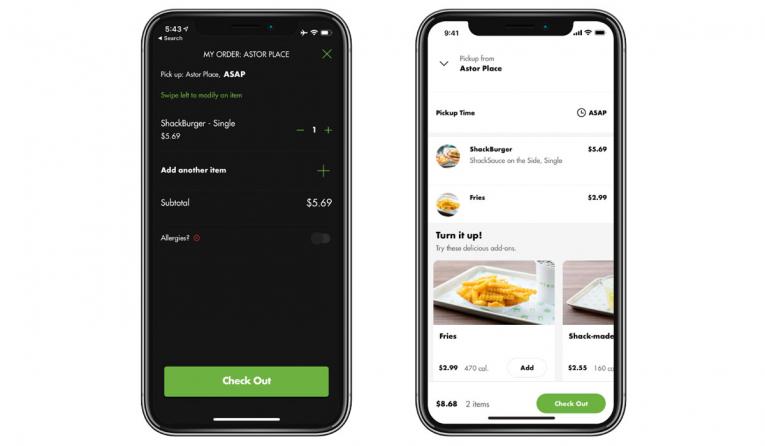 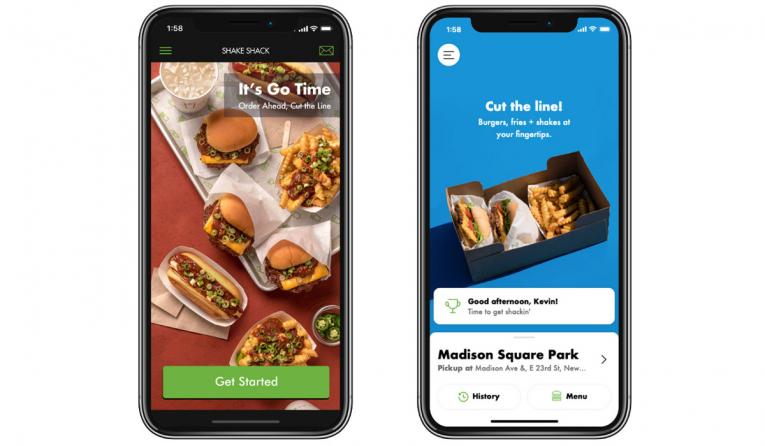 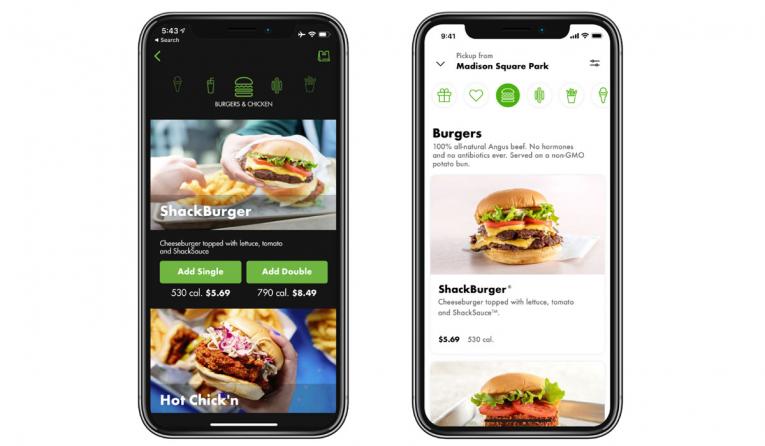 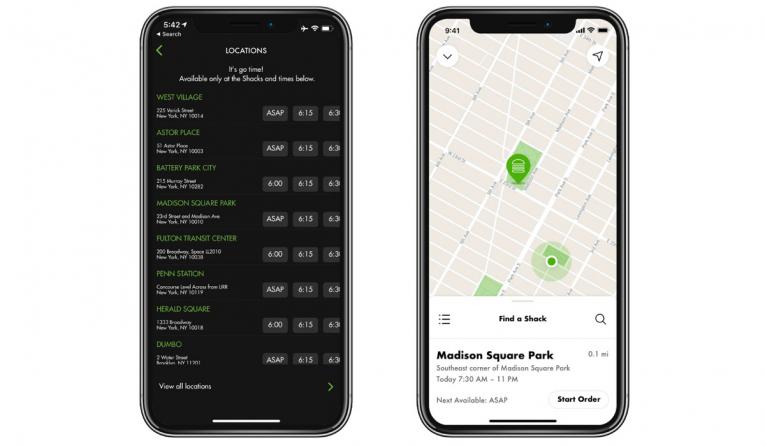 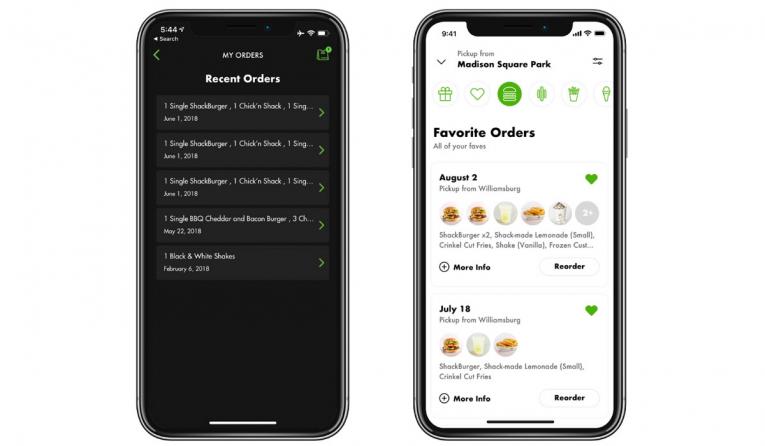 The burger chain, which has more than 200 stores in 26 states and the District of Columbia, including more than 70 international restaurants across London, Hong Kong, Istanbul, Dubai, Tokyo, Moscow, Seoul, reported same-store sales declines of 0.7 percent in the third quarter.

The comps figure has remained somewhat volatile in recent quarters, although that’s to be expected given how aggressively Shake Shack is growing. In total, by the end of 2018, Shake Shack will have opened 33–34 new restaurants to get the domestic total to 123–124. Previously, the brand, started as a single hot dog cart in Manhattan’s Madison Square Park 17 years ago, set a goal of 200 U.S. stores by the end of 2020 and 450 as a distant, but reachable target. About 20 percent of its 2019 openings were planned for new markets as well.

Shake Shack added $25 million in new sales in Q3 while experience a decrease in same-store sales of about $500,000—a setback with a long-term payoff, the company said.

“We believe in that overarching market growth strategy that continues to pay out solid top- and bottom-lines dividend and we remain squarely focused on building an extraordinary company for the long-term,” Shake Shack’s chief financial officer Tara Comonte said during the company’s November conference call. Currently, New York City and the Northeast make up two-thirds of the same-store sales base for the company.

Over the past year, the New York City and Northeast markets added $15 million to $21 million of new sales

Digitally, Shake Shack CEO Randy Garutti said in the call, “We know that digital channels continue to grow as a percentage of our total sales and we know that they generally have a higher average check.”

“We know we have got a long way to go. We are excited about the opportunity and growth we believe continue digital expansion represents for our business,” he added.

Over the summer, Shake Shake stood at a digital crossroads to some extent. A kiosk-only opening in Astor Place showed the brand that some of its customers weren’t quite ready to blanket the entire ordering process with digital. Yet Shake Shack’s labor concerns, especially as it targets some of the highest wage markets in the country, makes the process a critical one.

By the end of the year, Shake Shack said it planned to test self-order kiosks in 20 additional restaurants. But overall, the brand was putting the brakes on the rollout in an effort to perfect the model.

The previous May, Shake Shack said would pilot stores that feature a combination of cashiers as well as kiosks since data showed that many guests still wanted to pay with cash.