NewSpring Capital hopes to increase the footprint to 300 stores in the next few years.

Emerging Concepts | April 13, 2021 | Ben Coley
Haley Hill Photography
Currently, Duck Donuts has 102 stores across the U.S., and all but one of them are franchised.

About a year and a half ago, Duck Donuts founder Russ DiGilio started thinking deeply about how his brand could accelerate growth.

Since its debut in 2007, the concept has consistently strengthened, but DiGilio felt Duck Donuts needed a bigger push. To him, the best way to do that was finding an equity partner that could offer financial assistance and expertise in the quick-service industry. Duck Donuts’ search was aided by Fairmount Partners, an investment bank specializing in mergers and acquisitions.

Eventually, the brand was directed toward NewSpring Capital, a Philadelphia-based private equity firm that manages more than $2 billion and has invested in north of 170 companies. Duck Donuts interviewed quite a few candidates, but DiGilio says NewSpring stood out because of their team and solid infrastructure. That includes NewSpring partner Patrick Sugrue, the former CEO of Saladworks.

In the past year—through a global pandemic—Duck Donuts and NewSpring worked toward putting a deal together. On Tuesday the acquisition was finalized, kick starting a new chapter in the brand’s 14-year history. Terms of the deal weren’t disclosed.

"I think NewSpring saw in us a real opportunity with the fan base that we have, and we were approaching 100 locations and we had a real solid infrastructure, and they recognized that,” DiGilio says. “We just kept them apprised of how we were progressing as we worked through the pandemic, and it all worked out. We made it through, and we're on the other side of it. No looking back now.”

As the new owner, NewSpring’s immediate objective is to do what DiGilio envisioned 18 months prior—fuel expansion and scale the brand. Duck Donuts marks the second investment out of the recently launched NewSpring Franchise, a strategy led by Sugrue and Satya Ponnuru, who has experience in sourcing, investment execution, and oversight in the lower middle-market. NewSpring Franchise was formed to “invest in capital-efficient, consumer-facing, multi-unit businesses with a strong customer value proposition, proven unit-level economics, and exceptional management teams in the lower-middle market.”

Currently, Duck Donuts has 102 stores across the U.S., and all but one of them are franchised. The chain also touts one international location in Dubai and a handful of food trucks.

Before the purchase was finalized, Duck Donuts already had multi-year strategies in the works, and DiGilio says NewSpring was on board with the plans. After eclipsing the 100-unit milestone earlier this year, the brand’s new goal is to have 300 units open within the next four to five years. It’s on track to open 25 to 30 locations this year. After that, Duck Donuts expects to debut about 50 per year to cross the 300 threshold.

DiGilio says the chain is open to any new market that meets its demographic requirements. But in addition to those, Duck Donuts will aim to backfill existing trade areas and enter nontraditional locations. The brand is already in an ice arena and theater, and recently opened its first shipping container location in California. Other potential opportunities could be amusement parks and airports—something different than the typical strip center site.

The future growth will come from franchisees, who will play a vital role in ensuring Duck Donut’s aggressive 300-unit goal is fulfilled responsibly.

“I think the best way to do that—and we've been honing our skills—is making sure that whoever we partner with—and we look at our relationships with our franchisees as a partnership—that we align with the right franchisees quite frankly,” DiGilio says. “When we do interviews, we can ascertain whether they are in alignment with our core values and they understand the role of being a franchisee. It's not to open a store and wait for people to show up. You got to be out there, be community-connected, and they really have to embrace what we're all about. And we're confident that finding those types of franchisees will help us meet our goals.”

Another factor that attracted Duck Donuts to NewSpring was the firm’s willingness to keep the same operations and team in place. The only major change is that DiGilio will step down as CEO and be replaced by Betsy Hamm, who served as COO. 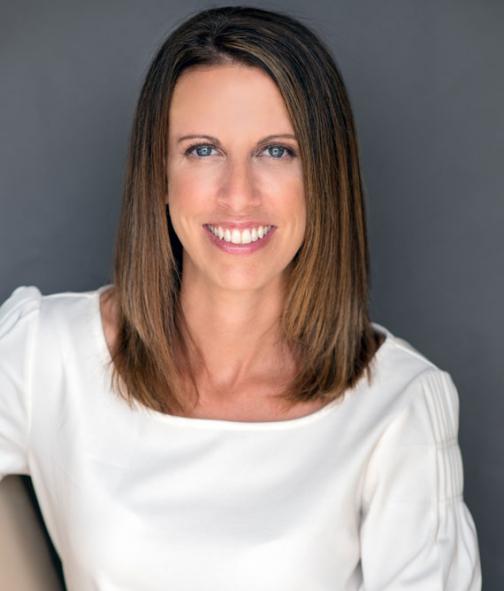 Betsy Hamm is taking over as CEO with the move.

Duck Donuts didn’t have much of a marketing department, and Hamm’s job was to change that. She did so, and DiGilio began to recognize skill sets beyond just marketing. He saw this as an opportunity to move her into the COO post where she could help align marketing and operations. For the past year, he’s given Hamm more responsibilities and essentially groomed her to become the next leader of Duck Donuts.

DiGilio still has a significant stake in the company, and will continue his role as founder, which means he’ll participate in Discovery Day with new franchisees and grand opening celebrations. He will also take a seat on the newly formed board of directors.

“You never know how these things were going to shape up,” DiGilio says. “So I wanted to be prepared. And so I was grooming her to be CEO, and she just performed incredibly well  through the negotiations with NewSpring. Actually, quite frankly, they checked all the boxes as I said, but I also had some personal goals that I wanted to achieve and I thought by being able to step back a little bit, I'd be able to accomplish those personal goals, but still have a hand in the company. “

“Betsy was just the perfect person to step in and lead the team, which she has been doing quite frankly for almost a year now,” he continues. “So it really isn't too much of a change for the staff here.”

Duck Donuts gained momentum as the pandemic wore on. DiGilio says when COVID first hit in March 2020, everything shut down, but the leadership team remained unfazed. The brand responded by doubling its digital and off-premises business. Now, the brand is stronger than it was prior to COVID, Digilio notes.

Sales in recent months are trending higher than 2019’s normalized levels. The founder says that bodes well as Duck Donuts, NewSpring, and the rest of the industry await a much-anticipated summer boom.

“We just can't wait for the summer because we're doing it now and we're still in the tail end of the pandemic and we just can't wait as things begin to open up and more vaccines are out and things become more normal,” DiGilio says. “We expect a tremendous summer.”