The new concept is seeking 200 full-service and fast-casual stores in the coming years.

Dr. Fredrick Jacobs, also known as “Dr. J,” dreamed about expanding his soul food business to the deepest corners of the U.S.

It was nothing more than a vision in his head until several years ago when he shared a poignant conversation with Rushion McDonald, two-time Emmy winner and former manager of Steve Harvey. In that moment, McDonald encouraged Jacobs to stop chasing the Joneses and become the Joneses.

The words filled Jacobs with energy, and the mission was clear—thrust soul food into the mainstream. From that point, he continued to extend his brand and executive catering service for TV, film, and music celebrities. He also traveled to core places to understand the authenticity of soul food.

Jacobs then wanted to ensure marketplaces could handle it. So with the help of a friend, he and his wife, Taja Jacobs, placed a deposit on a building to open a pop-up shop. The store—located in a section of Southern California where soul food had never been—proceeded to earn well over $2 million in its first year. Jacobs then took the concept to downtown Gainesville, Florida, which saw around $3 million.

After two large markets, Jacobs brought his version of soul food to a town of roughly 5,000 and a couple of traffic lights. The restaurant—the size of about two bedrooms put together—made more than $1.7 million.

“It showed that people will buy,” Jacobs says. “They are looking for it. They love it. It’s just no one has ever brought it to the forefront of mainstream and put it in prime location. And that has been my significant journey and concept of the brand—to present the brick and mortars and show that it does and it can happen.”

It was in these experiences that Celebrity’s Soul Food was formally brought into reality. The brand recently signed with United Franchise Group, with plans to open 200 stores in the next few years.

More than two dozen franchisees have joined the journey, and more than 30 stores are currently in development. Many are expected to make their debut in the second quarter across markets like Utah, New Mexico, Georgia, Oklahoma, Tennessee, Florida, Arizona, and California. Depending on marketplace demand, franchisees will either open a quick-service bistro or a full-service establishment. 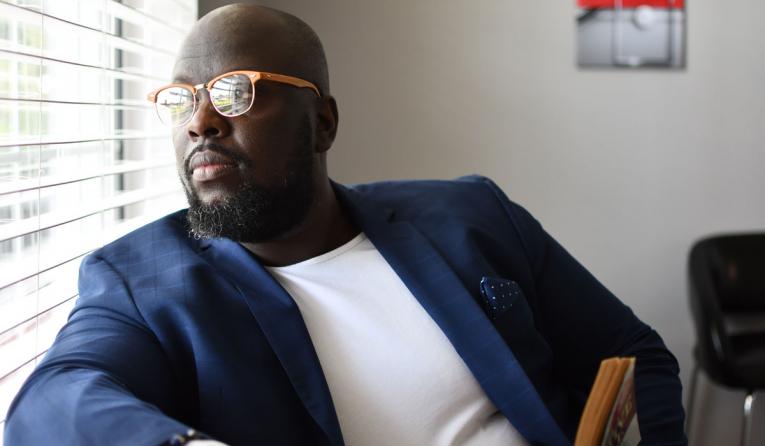 Jacobs’ mantra for life is that “pain can have purpose if you’re willing to push.”

When curating the menu, Jacobs’ goal was to reach traditionalists as well as the millennial and health-conscious consumer.

“How can I bridge this gap to where it's one atmosphere that we could all eat together?” Jacobs says. “I wanted to first change the perspective of soul food because many times, what you hear all around the world, ‘Man, I love soul food, it’s amazing.’ But when people have it, sometimes they would say, ‘You know what? I could have this, but this is going to have to be my cheat day,’ or ‘Man, I'm gonna have to run after I do this.’ We wanted to get rid of that.”

“They will be able to connect to the dish because they know what it is,” Jacobs says. “But how it's plated, and how it’s been developed—it’s grandma, but it’s grandma 2.0.”

While opening 200 stores is a monumental feat, Jacobs and his team plan to grow responsibility by focusing on “five Ps”—people, product, place, price, and promotion. This means undergoing a selective process to find the right people while also putting forth a premium product that’s taken years to build in terms of food and technology.

“They pick some of the most disenfranchised places to put them in,” he says. “We’re bringing soul food mainstream, meaning it’s open to everyone. We are going to invite people from all walks of life into a premium atmosphere because that's what the brand deserves. And that's what the people deserve, no matter what side of the tracks they come from.”

Celebrity’s price range is reflective in its identity. The brand defines itself as a quality casual, meaning a fine-dining experience without breaking the bank. Lastly, when it comes to promotion, Jacobs says it’s about franchisees not being “takers.” He wants operators to enter communities and give back, whether it’s honoring first responders or assisting with local education. The key is to get involved—that’s what will keep the doors open, Jacobs explains. 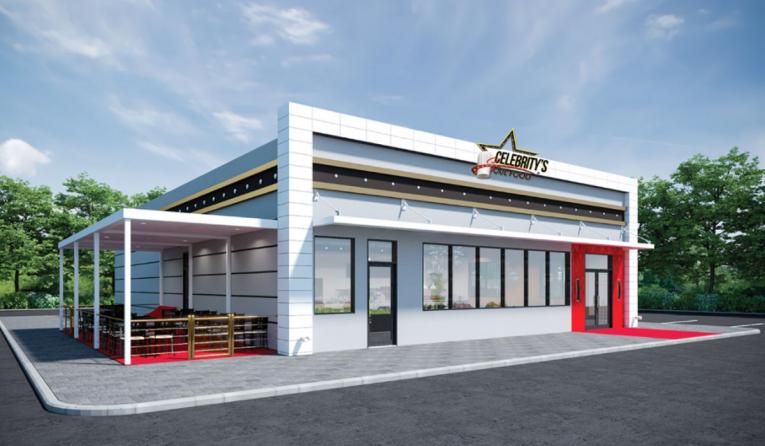 With the COVID pandemic closing thousands of restaurants, Celebrity’s has capitalized on second-generation locations.

His core message is that Celebrity’s is a gatherer of people. That’s the essence of soul food in his view.

With the COVID pandemic closing thousands of restaurants, Celebrity’s has capitalized on second-generation locations. But beyond real estate, Jacobs says the crisis forced many restaurateurs who may have lost their job to pause and take inventory of their lives.

As Jacobs lifted Celebrity’s off the ground, he met countless individuals who’ve worked 80-hour weeks in the restaurant or hospitality industry, but for someone else.

“When the carpet was pulled out, amidst the pandemic, they had to stop,” Jacobs says. “‘What am I doing? What do I have to show for it? Why am I sitting on my dream? Why am I not moving forward?' Those are the people that I encountered and I said, ‘You know what? You're no longer by yourself.’ The reality of it is, they don't need a handout. That's what's really interesting about it. They just need a pivotal moment to turn and a little support and a vehicle that they could do great things with it. Because there's really great people out there.”

Jacobs’ mantra for life is that “pain can have purpose if you’re willing to push.” His experiences are pleasant now, but it hasn’t always been an easy journey. He remembers working as an aspiring entrepreneur and trying to piece together an idea. He recalls when his car was once repossessed.

But Jacobs also remembers how he persevered through those bottoms and remained steadfast in his vision. And that’s exactly what he tells entrepreneurs as they take on the next challenge—remain consistent in your mission.

"I know plenty of people that work hard, but if you work hard without a master plan, you could still end up broke,” Jacobs says. “You could still struggle. You could still fail. It's about having a strategic plan, and you have to be consistent even when it's difficult and hard. Even when you can't see your way, you got to keep pushing. You got to keep being consistent and you got to believe. And I do believe that one day, even if it's raining, the sun has to shine. That's my story.”