The 500-unit fast casual has more than 300 restaurants in the pipeline.

McAlister’s Deli wasn’t supposed to be a pandemic success story. It spent more than 30 years as a lunch and dine-in concept, with a robust catering arm. All categories spoiled by COVID’s assault on guest routines. Once reality set in, McAlister’s had to reimagine everything. The evolution, brand president Joe Guith said, of an-premises concept into an off-premises one.

The chain doubled models of service from four to eight. Introduced first-party delivery. Tableside digital ordering. McAlister’s launched a loyalty program, fortuitously, weeks before the crisis. Curbside was stood up at more than 300 stores (and beyond) within two weeks.

The aim, Guith said, was always to bridge the pandemic’s so-called “new normal” with what differentiated McAlister’s for 32 years.

And the result finds the brand on the doorstep of company history. McAlister’s has opened 22 restaurants and signed 63 franchise agreements since January. With sales returning to pre-pandemic levels by the end of 2020 and gaining, the chain believes it’s on track to become a billion-dollar brand by 2024. If so, McAlister’s would mark the first under Focus Brands’ umbrella, which includes Auntie Anne's, Carvel, Cinnabon, Jamba, Moe's Southwest Grill, and Schlotzsky's.

McAlister’s 500th location, fittingly, was opened Monday by its largest franchisee—David Blackburn, of Southern Rock Restaurants—in Dickson, Tennessee. Blackburn began franchising with the chain in 2011. The Dickson store is Southern Rock’s 95th, and there’s 38 more in the works.

In all, McAlister’s boasts a pipeline of more than 300 units, the company said. Longtime operator The Saxton Group, which operates 82 locations across the Midwest, recently inked a deal for 32 openings. Sun Holdings CEO Guillermo Perales expects to debut 51 over the next six years.

"We anticipate at least five new store openings each year,” Matt Saxton, co-CEO and owner of The Saxton Group, said in a statement. “Plus, we’re aggressively relocating existing restaurants to new freestanding buildings equipped with the latest features, including a pickup window for digital orders. If there’s an opportunity to provide another convenient avenue for our guests, we will go the extra mile to make that happen.”

Freeman’s new position, in particular, was a long time coming. He spent 13 years with McAlister’s, most recently as VP of operations. Freeman started as an assistant GM at a Bossier City, Louisiana, location and previously clocked time in casual and fine-dining concepts as well.

“From day one, I always thought of bigger and better things I’d like to do with the brand and now I have an opportunity to positively affect those changes and have a great impact,” he says in an interview with QSR.

This past year solidified McAlister’s prospects, Freeman explains. The main reason being the brand emerged with more channels of engagement than ever, and a stronger business in terms of reach. Simply, it’s a far more accessible concept.

For instance, tableside ordering, which arrived in early 2021 and is now active in north of 300 units, allows guests to skip the line and order at their seat via the app. It’s seen mobile app participation rates climb seven times what they were pre-COVID.

Freeman terms McAlister’s approach, “transactions into the expectation of convenience and our ability to deliver it.” 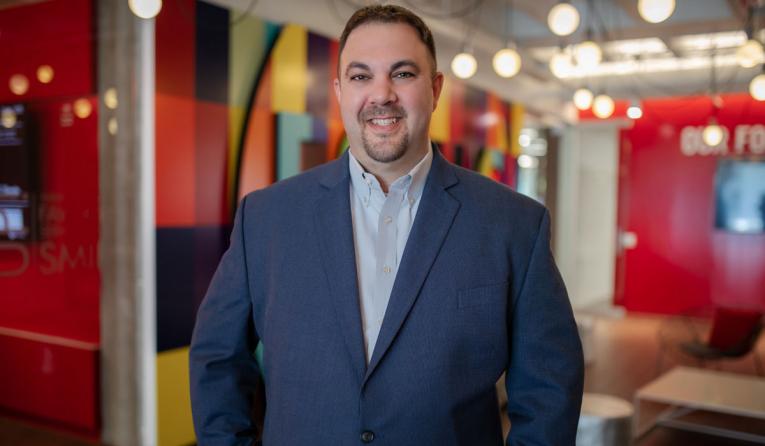 The chain, he adds, has virtually held all of its digital gains coming out of COVID. Before, about a 10th of the brand’s sales flowed through digital transactions. It left “tablet hell” in 2019 and integrated third-party delivery into point of sales. By late January of 2021, digital mix was closer to 40 percent.

But the reason for lofty projections moving forward, as is the case for brands industry-wide in quick service, isn’t the percentage of business attached to digital as we stand today—it’s the dollar amount. In McAlister’s case, even as dine-in trickled back, digital sales stayed higher than they were previously, and don’t appear to be losing much ground.

“For several years, we’ve had pressure on traffic in our industry and, fortunately for us at McAlister’s, we’ve had several years of positive growth,” Freeman says. "And traffic has returned. We attribute most of that to our digital application and ways we’re engaging our guests these days, offering them more opportunity to do it in different ways was really the key.”

McAlister’s widened the net. The demand gen was there, Freeman says, but consumer acquisition surged to the forefront during COVID. That’s where the chain’s app and loyalty factored in. “We were standing up new revenue channels up while leading with safety, establishing trust, which then built traffic, and to our benefit, we’ve held onto most of that coming out of the pandemic this year,” Freeman says.

Guith called McAlister’s loyalty program “one of the biggest internal issues” operators brought to his desk when he was named president in April 2018 (he was Cinnabon’s president before).

The chain’s old platform was a surprise-and-delight model McAlister’s actually turned off in 2019 as it worked on the current version.

In Paytronix’s first Loyalty Report, released this year, “surprise and delight” was the least used setup among restaurants, at just 2 percent. Generally, they’re seen as the difficult platforms to execute. They use algorithms and user data to provide unexpected rewards that drive excitement. Surprise and delight platforms might generate loyalty and give restaurants an easy way to control reward costs, but they fall short in personalization, like the “bankable points” programs proliferating the sector today—models where guests have the freedom to choose how to spend points that also keep users close to free items at all times (think Starbucks and Chick-fil-A). Low-frequency guests tend to flock to these programs, drawn in by the autonomy, as opposed to only high-volume app users.

For McAlister’s, its old platform offered guests a reward based on if they came often, and spent enough. The chain picked the “delight.” There was a lack of transparency and choice, Guith said.

Today’s version, akin to Starbucks, is a points-based feature where users hit certain tiers and can access specific parts of the menu when it comes to rewards redemption.

In the heart of COVID, participation rates soared in excess of six times pre-pandemic levels.

And Incisiv ranked McAlister’s only behind Starbucks, Panera, and McDonald’s in its Limited Service Restaurant Digital Maturity Benchmark report. McAlister’s was fifth in customer engagement and service (Starbucks, McDonald’s, Dunkin’, and Chick-fil-A were in front). So McAlister’s was ahead of Pizza Hut, Domino’s, and Chipotle.

“Everyone’s on a journey to have more people, more often,” Freeman says. “More guests, more often is something that every single restaurant on the planet is trying to do. But offering compelling loyalty programs that are provided and supported by contextual marketing, which means essentially, I’m going to market to [X customer] and offer him products only when they want to hear from us, and how they want to hear from us, that’s a much more effective model.”

Important to note, too, Freeman says, is McAlister’s wasn’t trying to build a base out of thin air. The brand already had “raving fans,” he says. It simply had to get a system up and running so “super users became supreme super users.”

McAlister’s was able to launch and sell subscriptions for deals like month-long free tea if you purchased something through the app. It could manage convenience through pickup windows at remodeled units (a new design was rolled out in 2018). And the chain was also able to deploy marketing through digital media to let people know restaurants were open and offering more ways to dine than ever.

“And literally, they could encounter and engage all of those [channels] through a handheld device,” Freeman says.

Tableside ordering, in particular, Freeman says enables McAlister’s to serve a different target audience. Large groups, like sports teams, can grab a few tables and never have to walk to the counter. Families with children running around don’t have to queue up in line.

“It’s a lot of options and options usually translate to more effective traffic maintenance,” he says.

Shifting further to first-party delivery will be a big emphasis for 2022 at McAlister’s. “The more people we can migrate to our own platforms, the more unique and customized experience we can provide,” Freeman adds.

However, growth and development remains “100 percent top of the list.” Freeman says the Southeast, Texas, and upper Midwest are all on deck.

“We’re going to go from being a small, regional concept to a nationally accredited brand as we expand rapidly,” Freeman says.