Fuku just appointed Claudia Lezcano to its top post, a quick-service marketing veteran who has big expansion plans in mind.

Claudia Lezcano grew up in the food business at Burger King, where she spent eight years in various roles spanning advertising to overseeing all marketing and communications for the fast-food giant. During her time at Burger King, plus a year-long stint at Church’s Chicken as senior vice president of U.S. marketing, Lezcano gleaned how to optimize operations, and the importance of delivering a delicious product in a timely fashion.

Now, Lezcano is bringing those learnings to her new role as CEO of Fuku, an emerging fast-casual fried chicken concept with 14 locations and counting. Fuku is the brainchild of celebrity chef David Chang, who launched the restaurant in 2015 as a fast-casual spin-off of his famed culinary brand, Momofuku.

“I’ve always loved everything Momofuku and David Chang, and certainly have followed the brand of Fuku since its inception,” Lezcano says when asked what drew her to the role, which was previously held by Alex Muñoz-Suarez, the former president of Momofuku.

“You know, being in the food space, you’re always looking for innovators that are pushing the boundaries,” Lezcano says. “So when this chicken sandwich with a twist came out in 2015, it was new and different and just spectacular, and, as you know, the chicken sandwich wars have just escalated since 2020.”

Sweet and spicy converge in Chang’s entry into the chicken sandwich wars, which takes inspiration from Asian and American cuisine. For example, a crispy Habanero-brined chicken breast, Fuko Mayo, and pickles complete the O.G. Sando at Fuku. The unique flavors and larger size of the 6-ounce chicken filet help differentiate the brand from competitors, Lezcano says, which allows Fuku to price their menu items a little higher.

Though Fuku will continue building in both traditional and non-traditional spaces, the brand will aim to strike a balance between optimizing its model for dine-in as well as delivery and walk-up orders.

“Fuku is really more fast casual, and that’s the angle we’re taking as we go forward, but with a commitment to operations, product excellence, and guest engagement,” Lezcano says.

Though Fuku isn’t franchising yet, Lezcano says, “down the road, it’s certainly a possibility” as a vehicle for growth. Proving out the concept with about five corporate restaurants in each target market will likely come before franchising to map out a solid business case, which will involve evaluating market demographics and consumption habits.

Lezcano’s immediate focus, however, will involve tapping into her marketing expertise to give Fuku a top-to-bottom reset in the first quarter of 2023.

“It sounds so cliche, but it’s just a brand reset where we go back to our origin story, and really the birthplace of Fuku here in New York. So we’re really leaning into our origin story a little bit more,” she says.

Lezcano will be looking at changes to logos, packaging, and even a new brand strategy—”but based on our core where we were born,” she adds. “It’s going to be a big opportunity to deliver a clear brand strategy and consistency. We’re a little bit inconsistent right now from a marketing and packaging standpoint.”

Fuku’s footprint of the future will be leaner, roughly 1,000 square feet, and will have a “neighborhood feel,” Lezcano says. That fits with the goal of returning to the restaurant’s roots, since the first location Chang opened in New York City’s East Village in 2015 had a smaller footprint and simple menu, yet garnered lines around the corner.

“Down the road, should we franchise, that is good for those that might want to invest. That also drew me to Fuku—we have this one amazing product,” Lezcano notes. “It’s a simple menu to deliver, which is terrific for operations, and certainly helpful with labor constraints.

Fuku’s culinary team will continue to be inspired by Chang’s original innovations, and Lezcano advises customers to look out for future limited-time offerings that were popular at the brand’s inception, such as chicken menu items using thigh meat. 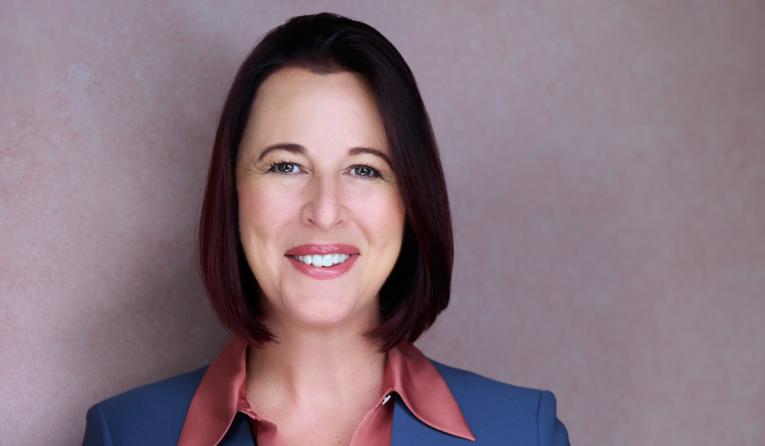 With more than 25 years of marketing experience for major brands such as Burger King, Claudia Lezcano most recently served at Church’s Texas Chicken as senior vice president of U.S. marketing.

Additionally, Lezcano says she’s cooking up a way to give more power and recognition to Fuku’s employees. “The plans aren’t fully fleshed out yet since I’ve only been here two weeks, but it is one of the top strategic priorities for me,” she says. “I want to develop something new and first in class that doesn’t exist yet. How can we make sure team members feel like they’re owners in this brand and company?”

“I think sometimes we get into the corporate go go go, but at the end of the day, they’re the ones that are holding our masterpieces in their hands, so making sure that we pay the right attention and work alongside them and take care of them appropriately” will be crucial, she adds.

Lezcano’s first two weeks at Fuku have involved immersing herself in the culture, talking to suppliers, meeting with her team, and making sure everyone knows her strategic plan and clear path for growth.

“Claudia is one of those dynamic executives who understands that the success of a restaurant brand starts with operational excellence and delivering on the promises you make to your customers and broader communities,” says Matt Higgins, co-founder and CEO of Fuku’s parent company, RSE Ventures. RSE’s portfolio also includes Momofuku, Milk Bar, &pizza, Magnolia Bakery, and Australian-inspired lifestyle and hospitality brand Bluestone Lane.

“She has deep [quick-service restaurant] expertise and truly knows the hospitality space, including how essential it is to have a consistent and meaningful brand voice across all  consumer touch points,” Higgins continued. “Her ideal blend of marketing and operations experience makes Claudia uniquely suited for this role, and I’m confident that Fuku is well-positioned for continued success under her leadership.”

Jack in the Box Racks Up Growth Milestones
Organic Sales Spike at Krispy Kreme, Yet More Shops Will Shutter
3 Ways Digital is Changing the Drive-Thru Experience