Which Chains Have the Most Loyal Customers?

Defining loyalty is no vanilla task for restaurants. Is it a reflection of an active rewards program? Is it repeat guests? Is it simply foot traffic? Or is it something much different? Location technology platform Foursquare, for the second year, decided to tackle the quandary for quick-service brands (full report). The company approached the task by measuring what it labels “true consumer behavior,” based on location, which is a much different approach than common reports. Typically consumers will be polled and the results set by percentages. But how accurate are perception-based rankings? That’s not to say user-generated data should be discounted—brand sentiment is undeniably valuable—yet it’s hard to argue with numbers that reflect whether or not people are actually eating at your restaurant. This makes Foursquare’s foot traffic analysis from millions of consumers (from July 1 2017 through June 30, 2018) an interesting dive.

The company’s loyalty index distills a complex set of behaviors and preferences into a single metric.

The result is a Loyalty Index that’s Foursquare’s assessment of the top 50 quick-service chains in the U.S. by revenue, as noted by our annual QSR 50 (check this year’s data here).

It is calculated based on the following metrics:

Frequency: A measure of the average annual visits per customer to each brand.

Penetration: The percentage of category visitors who visited that brand within a year. (Penetration was only measured for regions in which the chain exists, so a southwest chain like Whataburger was not penalized for not having locations in the Northeast).

Share of Wallet: The median share of each customer’s total quick-service visits to a particular chain over a year period.

Fanaticism Threshold: The number of visits within a year required for a user to be within the top 1 percent of users who visit a particular chain.

Before exploring some of the interesting findings, here are the rankings, from 1–50.

Let’s get into some of the trends. One of Foursquare’s findings involved the notion of perfect timing, and what this means for restaurant brands and loyalty. For example, it’s a long-held belief that breakfast chains have the most-loyal customers. If for no reason else, because breakfast is a daily routine in guests’ lives. And for those who aren’t creatures of change, finding a restaurant they like, one that fits into their route and schedule, means finding a brand for life. Or at least until they change jobs, have a big life change, or decide to abandon your brand for a competitor, etc. Overall, though, early bird consumers are an exceptionally loyal group. This proved true in last year’s study. It proved even more crystal in the 2018 edition. Starbucks held the top spot once again. Dunkin’, however, leaped over McDonald’s to take the No. 2 position.

Not all is roasting here, though. Afternoon business has been a major focal point of breakfast chains this past year. Dunkin’ and Starbucks especially. So if they are doing just fine in regards to loyalty, why are they pushing all-day strategies with things like cold brew, happy hour deals, and value menus (in the case of Dunkin’)?

According to the NPD Group, consumers spend some $27 billion at quick-service chains between the hours of roughly 2 and 4 p.m. And some of the breakfast-focused brands are declining in Foursquare’s index. Tim Hortons dropped two spots to No. 6. The Coffee Bean & Tea Leave declined a spot to No. 10. Bruegger’s slid three ranks to No. 16. Meanwhile, lunch stalwarts like Qdoba, Jersey Mike’s, and Moe’s all moved up.

This could mean many (many) things. In the case of Dunkin’ and Starbucks, perhaps it’s a sign that several of the legacy chains’ p.m. innovations are taking hold. At least to the extent that loyal customers are still trafficking them enough in the afternoon to keep the rankings up. Or that’s been buoyed by new customers trying fresh products or flocking to some of the later promotions, like Dunkin’s snacking menu launched in July, which features to-go items like Donut Fries and Waffle Breaded Chicken Tenders.

Dunkin’ actually tapped Foursquare’s Insights to look into its afternoon business. The analysis revealed a unique competitive set for each daypart, as well as distinct audiences. High school students, college students, and Baby Boomers were big afternoon users. Gen X and millennials preferred the mornings. A possible explanation: “Afternoon visitors may  be looking for a quick bite on the road, frequently seen at rest areas and toll plazas when visiting Dunkin’ Donuts, as opposed to professionals stopping for coffee in the morning on their way to work or school drop-off,” Foursquare said.

Starbucks’ move to cut LTOs 30 percent was meant to simplify the afternoon work to boost customer experience. It also came with a more focused campaign on core items, like cold brew, refreshers, and teas.

“Rather than doubling down on loyalists, temporal acquisition is an interesting trend we’re seeing more of. Starbucks, for instance, has launched initiatives to drive visits in the afternoon,” Foursquare said.

The company’s data found that Starbucks is down in penetration, year-over-year, and needs to “focus on acquisition rather than fanaticism. While emphasis may have been on fanaticism in the past, with promotion of its best-in-class loyalty app, it seems the brand is trying a new tactic.”

This past quarter, Starbucks said its Rewards loyalty program counted 15.1 million active members—a 14 percent increase from a year ago—and 13 percent of all transactions are made via Mobile Order and Pay. The brand has engaged 6 million new digitally registered customers who are not yet Rewards members, suggesting no shortage of white space in digital and loyalty.

Where are the guests going?

Overall, Foursquare shows that consumers visit quick-service restaurants an average of 26.7 times per year. Or about every other week. Here’s how that breaks down, per The Wall Street Journal:

Chick-fil-A is winning the millennial game: 30 percent are more likely to visit than other generations, while Gen Z is 40 percent more likely.

Of course … 63 percent of Chick-fil-A customers are more likely to value great service.

Winning the wallet: Jack in the Box moved up the most in Foursquare’s share of the wallet statistic. The company is using Foursquare’s Pinpoint to reach the right audience with the proper message. For example, it connected with millennials and gamers to promote the late night “munchies menu” with mobile display and video ads. This generated a visit lift of 1.5 times benchmarks, with the most exposed visits taking place between 9–10 p.m. on Saturdays.

Sandwich challenge: Jimmy John’s saw the biggest drop this year, eight spots, year-over-year. This was caused by diminished visit frequency, with the top 1 percent of Jimmy John’s visitors coming less than before. Foursquare credited increased competition from Subway (up two sports) and Jersey Mike’s (up five spots). The brand has also moved away from the $1 subs on customer appreciation day. “It may also stem from not leaning into consumer trends, like the rise of healthy living,” Foursquare said.

Location data reflected this with foot traffic to categories like salad places and juice bars on the rise. Jimmy John’s customers are 28 percent more likely to seek healthy food, the data showed. Meanwhile, the company launched a 16-inch sandwich in June that tops 2,000 calories and is pushing a “Freak Yeah” campaign that targets larger appetites. 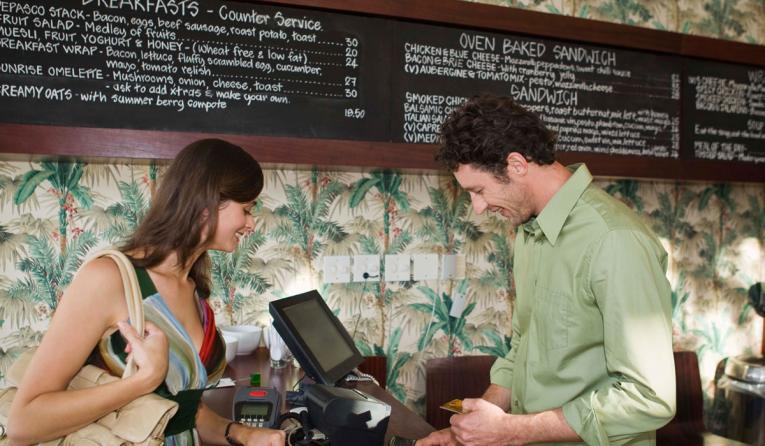 Chains that can play a daily role in the consumer journey are winning with loyalty.

All in all, loyalty comes down to a variety of factors. Foursquare had some tips to get back on top.

To improve frequency, deliver proactive location-contextual messaging to consumers in times of consideration to intercept them on the path to purchase.

refine strategies by segment, and save money on customers who are less likely to become loyalists.

Tailor messaging to consumer preferences and behaviors, which vary based on time of day. Conquesting by daypart (breakfast, lunch, dinner, and even late night) coupled with loyalty targeting will allow brands to connect with the right diners and boost visits.

To improve share of wallet, include store locators in both media and mobile apps to intercept consumers in decision-making moments.

Build brand affinity by understanding and aligning with consumers’ lifestyles and preferences, rather than driving one-off promotional visits.

To improve fanaticism, use loyal fans’ affinities and preferences for menu development.

Leverage location data to derive meaningful insights about your customers’ lifestyles, tailoring promotions and rewards to their preferences, whether they skew healthy or on-the-go.