Domestic AUVs increased to roughly $1.6 million, compared to $1.4 million in the year-ago period.

Grappling with the volatility of wing costs has been quite the task for Wingstop.

Wings were as low as 99 cents per pound in 2020, but bone-in wing prices on the spot market have increased about 125 percent year-over-year—a rise fueled not so much by more chicken competitors, CEO Charlie Morrison said, but by labor shortages at plants and lower chicken hatchability rates. From what Wingstop gathered from suppliers, it expects wing prices to remain elevated for the remainder of the year.

With that said, the chain leveraged long-standing partnerships with suppliers to minimize bone-in wing price inflation to an effective 65 percent increase. In addition, Wingstop typically raises menu price 1–2 percent one to two times per year, but that could pick up in frequency and size in the coming months.

Wingstop’s U.S. same-store sales rose 2.1 percent in Q2, successfully lapping last year’s record growth of 31.9 percent—that’s a boost of 34 percent on a two-year basis. Domestic AUVs increased to roughly $1.6 million, compared to $1.4 million in the year-ago period, and cash flow at the restaurant level is even stronger than when the brand previously experienced this level of wing price inflation in 2017. The momentum translated to a record 45 net new openings in Q2, an increase of 13.1 percent. The chain finished the quarter with 1,624 stores globally—1,415 domestically and 175 internationally.

“This top-line growth has provided relief from the record-high prices we’ve seen in bone-in wings, as our brand partners are able to leverage fixed costs in their P&L and maintain strong unit level economics,” Morrison said during the chain’s Q2 earnings call.

Wingstop’s digital program, which lifted to a 64.5 percent mix in Q2 versus 63.7 percent last year, has been the primary fuel of the red-hot sales. The brand has approximately 25 million customers in its database, and is on pace to push past $1.5 billion in annual digital sales. Delivery mixed 27 percent in the quarter, up from the mid-20s in Q1.

In late Q2, the company took advantage of its dominant digital presence by launching Thighstop, a virtual brand demonstrating Wingstop’s effort to use more parts of the bird amid the inflationary wing environment. The digital concept is off to a quick start after generating more than 4 billion media impressions. Morrison said Thighstop, which offers both bone-in and boneless thighs, presents zero operational challenges to kitchens since thighs take about the same amount of time to cook. 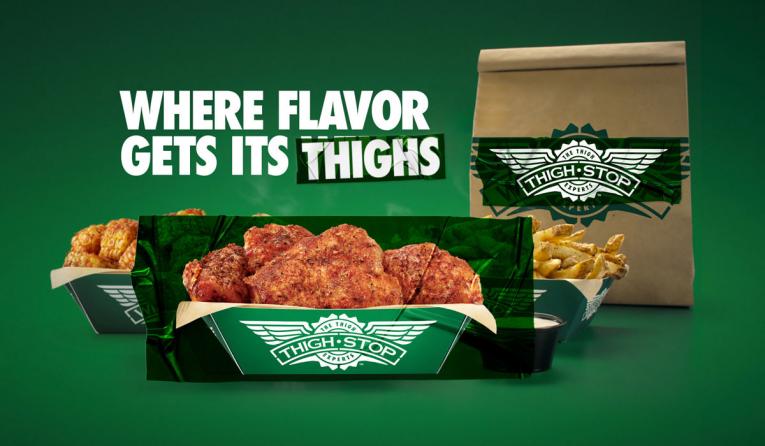 The virtual brand is believed to be highly incremental.

Although Thighstop is virtual right now, Morrison said the product will eventually fold into Wingstop’s in-restaurant menu. The CEO said it made the most sense to roll out Thighstop as a virtual brand since only 14 percent of domestic locations have reopened dining rooms.

“It certainly was launched to make sure we generated a lot of news and noise,” Morrison said. “As many of you have asked me over the last few years, 'What’s going on with all these virtual brands that are popping up,' so we said, ‘You know what, we can do that, too.’ And we launched Thighstop as a way to demonstrate that Wingstop in effect is a great virtual brand concept."

To build excitement around Thighstop for franchisees, the first $100 million in sales will be royalty free. The other major benefit is that the virtual concept is believed to be highly incremental.

“It has a real benefit from a costs perspective because it helps us achieve our goal of utilizing more of the chicken, which is critically important to our long-term supply chain strategy,” the CEO said. “From the consumer standpoint, they love the product. They’re infatuated with this product. We’re excited about what the potential holds.”

The virtual brand is yet another benchmark on Wingstop’s journey to digitize every transaction. In recent years, the digital strategy has shifted from a promotional approach to a more 1:1 customer focus in which Wingstop intends to understand guests, identify patterns and preferences, and bring solutions tailored toward their needs. The chain is also implementing a strategy to globalize the U.S. digital platform to ensure success for the international business.

Going forward, the expansion of ghost kitchens will play a major factor in growing digital and placing even more cash in the hands of operators. As Morrison noted, opening a ghost kitchen requires a fraction of the cost and comes with comparable, if not better rent structures. Additionally, the nontraditional locations generate the same volume—if not more—as a traditional restaurant. The CEO said the sales to investment ratio is three to four times better than a streetside store. 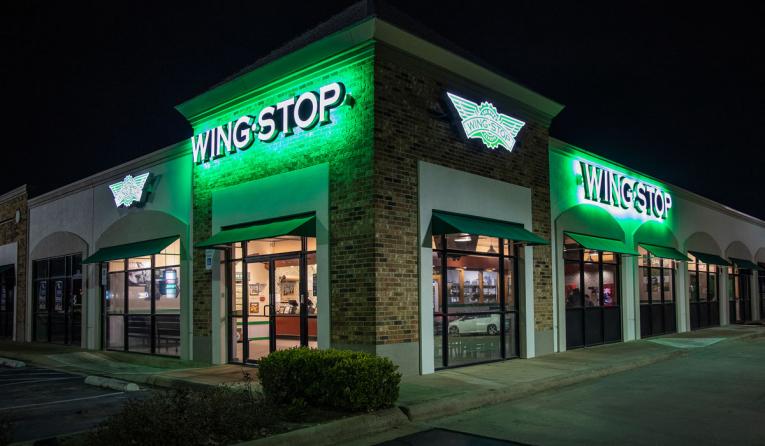 The chain has 15 ghost kitchens globally in densely populated markets like London, North Hollywood, and San Francisco. Morrison said the company’s first Manhattan ghost kitchen is scheduled to debut in the coming weeks. Wingstop has identified 25 trade areas in the borough to develop a mixture of company-operated ghost kitchens and streetside stores. The ratio of traditional to ghost kitchen in Manhattan may be 60:40, but that could be modified.

“Hard to say on how many new [ghost kitchens] we get, but I think the demonstration of a partnership approach with some of the key ghost kitchen providers is going to be to our advantage," Morrison said. "We fit beautifully into those models. We can obviously expand them pretty rapidly, because it doesn’t take very long. Once they've got the kitchen in place, we’re in. It takes us maybe six weeks to get a restaurant open.”

“… It’s a way to grow with scale quickly, but also, we’re going to be thoughtful,” he continued. “We’re not going to go swing the pendulum too far. We like the balance of having some streetside and these ghost kitchens complementing each other.”

The inflationary environment has done little to stop operators from expanding. Wingstop has opened more than 200 restaurants in the past year—the most in company history during a 12-month period. Because the growth has exceeded expectations, Wingstop updated its fiscal 2021 guidance from 10 percent unit growth to more than 12 percent.

Operators are also attracted to how quickly they can achieve high sales. Non-comp restaurants are producing $1.2 million in AUV as they enter the comp base. Two years ago, the 2019 vintage generated $900,000 in AUV during the first year of operations. While starting sales have soared, the initial investment of opening a Wingstop has remained roughly $400,000.

The second quarter was the second straight period in which two-year comps exceeded 30 percent. In Q3, Wingstop will have to lap growth of 25.4 percent—a challenge that it's more than ready for.

"We have so many levers in front of us," Morrison said. "The continued growth in digital, the continued focus on CRM, and working directly one to one with this huge database of customers. And then, of course, expanding into new markets, additional advertising resources—we have all the right levers in there for this to be long-term sustainable growth."