Customers have the option of recycling the cups at home or at a store.

Starbucks is testing a reusable cup program in which customers may return cups to either a contactless kiosk or through an at-home service.

The “Borrow a Cup” program builds off of single-store tests in the fall and winter. The current experiment began March 30 in five Seattle stores and will last until the end of May.

Customers arrive at Starbucks, ask employees to receive their drink in a reusable cup, and pay a $1 refundable deposit. After finishing the beverage, consumers scan their cup at a contactless kiosk in the lobby or drive-thru, and place the cup in the opening. Starbucks has also partnered with Ridell, a recycling service, to give customers the option of placing their reusable cups in Ridwell recycling bins for pickup.

After placing the cup in a kiosk or recycling bin, guests scan their app to receive a $1 credit and 10 bonus stars in their Rewards account.

“Promoting reusability is an important part of Starbucks goal to reduce waste by 50 percent by 2030,” Michael Kobori, Starbucks chief sustainability officer, said in a statement. “We understand the interdependency of human and planetary Health, and we believe it is our responsibility to reduce single use cup waste. We will lead the transition to a circular economy.”

After the cups are used, Go Box, a zero-waste service, collects them. The company then cleans the items and places them back into circulation within two days.

“Reducing waste through reuse is an important way to support a transition to a more circular economy. Since our launch in 2010, GO Box has been working to develop systematic processes and infrastructure to scale reusable packaging for food and drink to go,” Go Box CEO Jocelyn Gaudi Quarrell said in a statement. “We’re thrilled to be partnered with Starbucks to ensure the Borrow A Cup program is a safe and sustainable choice for your favorite beverage.” 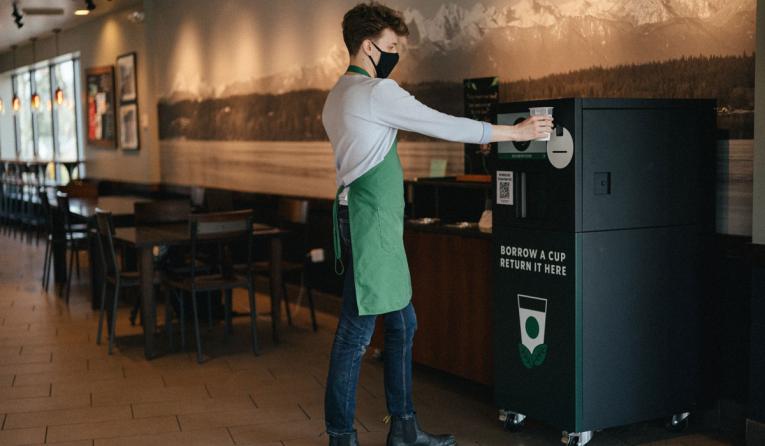 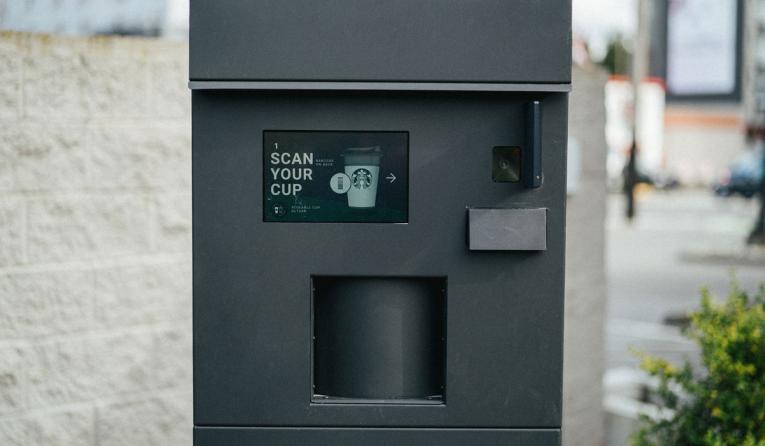 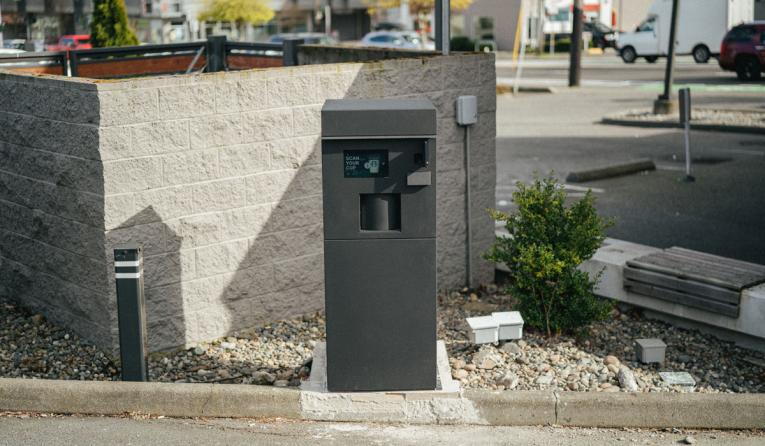 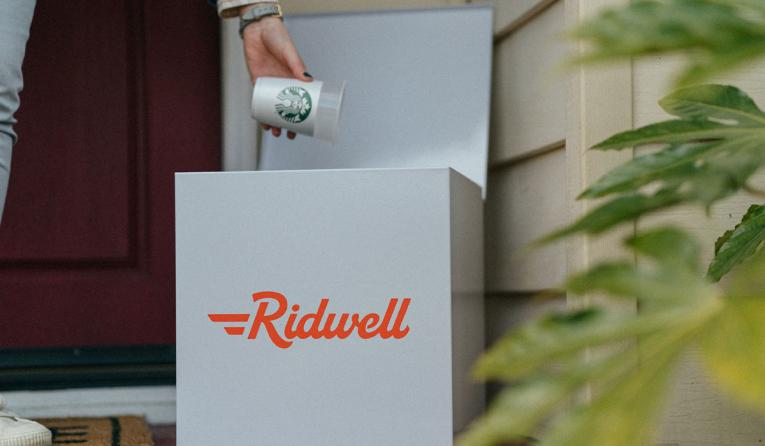 The journey toward environmentally friendly cups is expanding more rapidly in other parts of the world. Starbucks South Korea plans to eliminate single-use cups in every store by 2025. In replacement, the coffee chain will gradually implement “cup circularity” programs to encourage reusability. South Korea is Starbuck’s fifth largest market, with more than 1,500 stores across 78 cities. It was the first region to get rid of plastic straws in favor of strawless lids and paper straws in 2018. The initiative was rolled out to the U.S. and Canada in 2020.

Starbucks has an overall goal to become a resource positive company by 2030, and that means 50 percent reductions in greenhouse gases, water usage, and waste. The brand reported in March that it is addressing its carbon and water footprint by providing farmers with the proper tools and technology, such as a soil scanning mobile app, climate resistant tree varietals, eco-mills, and water replenishment projects.

Other strategies toward becoming resource positive include expanding plant-based menu options, investing in reforestation and forest conservation, and developing an eco-friendly supply chain through store designs, manufacturing, and delivery.