On the cusp of franchising, the fast casual expects 100 stores by 2025.

In March 2021, Project Pollo founder and CEO Lucas Bradbury was presented an opportunity he couldn’t have imagined.

It started with an email from billionaire and serial investor Mark Cuban, who suggested the quick-service leader come on ABC’s Shark Tank to pitch his growing plant-based restaurant. For Bradbury, who claims to have watched every episode and be the biggest fan out there, saying “yes” was a no-brainer.

Project Pollo received a follow-up call in late summer, and its appearance was scheduled for September 18, the one-year anniversary of when the fast casual first opened. The season finale episode aired May 20, with comedian Kevin Hart as the guest shark.

“We were in a good place as a company,” Bradbury says. “We were still opening like a location every 34 days. We were financially in a good spot. We weren't really needing any additional capital at that time, but we for sure wanted to go on and tell a story to an audience, and we wanted to get some feedback from some pretty relevant investors.”

Texas-based Project Pollo offers meatless chicken sandwiches made from TiNDLE and burgers from Beyond Meat. The menu features a “pay what you can” section, following through on Bradbury’s pledge to feed the community regardless of income or situation.

For Shark Tank, the company set its valuation at $50 million, and asked for a $2.5 million investment for 5 percent equity.

The good news for Bradbury is that all of the judges—Cuban, Lori Greiner, Kevin O’Leary, Barbara Corcoran, and Hart—loved the meatless product. O’Leary even claimed it was the best fake chicken sandwich he’s ever had. However, the sharks took issue with the chain’s valuation, which was one of the biggest in the show’s history, according to Bradbury. They also felt the chain was growing too fast. At the time, the brand had opened eight restaurants in roughly a year.

Because of those sticking points, Project Pollo did not strike a deal with the sharks. Bradbury says some judges told him if the valuation was lower, the proposition would’ve been more intriguing to them, but the CEO refused to sell his brand short.

“That wasn't the goal,” Bradbury says. “The goal was, if there was a deal to be made that a shark truly believed in what we're trying to accomplish and wanted to come along for the ride, we're all here for it. I can't expect the sharks to understand how to grow massive restaurant brands. Not a shark on there has done that, and that's OK.” 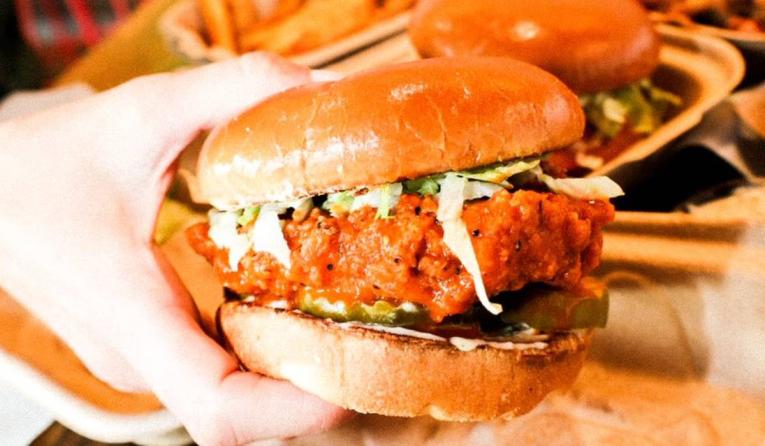 Now, Project Pollo has 12 brick-and-mortar units—in addition to two food trucks—and eight more are planned for the remainder of 2022. All of the restaurants are based in Texas, but not for much longer. The chain will debut in Boulder, Colorado, and Las Vegas within four weeks of each other, and another will debut in Arizona. Next year, Project Pollo will enter Nashville, Atlanta, Tampa, and Miami.

Bradbury says the pace is not about the number of units; it’s centered around seeing sales growth and retention. Are customers returning? Are they increasing their frequency? Is the chain bringing in new consumers just as often? Are guests spending more each visit? Ultimately, if the team feels those questions are being answered in the affirmative and the metrics back it up, then expansion will continue, Bradbury says.

From the outside, the CEO knows it looks intimidating. He’s not bothered by the sharks wondering how it can be sustained, and he’s aware the trajectory sounds too good to be true. Bradbury admits that he’d have the same concerns if he were not closely involved.

Taking the sharks’ message to heart, he even decided to slow growth in October 2021, a month after filming the episode. Bradbury used the pause to recalibrate the system, ensuring the right protocols were in place and he had the best possible employees fulfilling tasks. The plant-based leader says he could’ve added three to four more units this year if not for the temporary slowdown.

“The scaling part doesn't concern me,” Bradbury says. “As long as we're taking care of the team and the guests and as long as we do that, we will continue to grow at a pretty aggressive pace. … So I think the biggest lesson that we took was you can go fast and accurately, but you better damn well make sure that you have the measures in place in order to be able to do it. That was the biggest take away for me from that show—'no, like, we're not saying you can't do this, we're saying when you do this, you better be careful.'”

Next year, Project Pollo will add franchise expansion, after receiving interest from as many as 250-300 people per day, thanks in part to the Shark Tank publicity. The company began work on its FDD, including choosing the right territories, going over renderings of future stores, selecting the right menus, and getting more aggressive on the supply chain side. In terms of human capital, the chain added a vice president of corporate operations and a vice president of franchise operations. 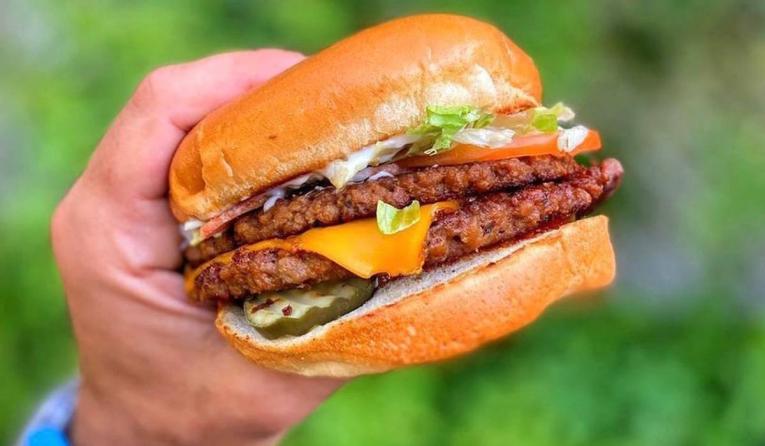 At the start, Bradbury never wanted to franchise, but along the journey he eventually realized that if Project Polo wanted to see success and grab market share, it needed help reaching communities around the country.

“Project Pollo is more than just plant-based food and sustainable consumption," Bradbury says. "It's actually about really empowering people and letting people just have opportunity, whether that's internally or externally with the opportunity to franchise. Of course I know I'm going to lose margin on franchising. I could be corporately running the stores. Our company could be making the margin. But there's also a bunch of people out there who want this. This is something they believe in. This is something they want to take part in and they want to operate them and I should share that. I should share that opportunity with them.”

Although deals haven’t been signed yet (the first one should be inked in about six weeks), Bradbury feels strongly about potential franchisees in Florida, New Jersey, Maryland, and Philadelphia. The goal next year is to open roughly 14-16 corporate stores and 12 to 14 franchises. As of now, the CEO says Project Pollo has enough trainers to open two company-owned units and 1.5 franchises per month; that’s infrastructure for growth the chain doesn’t expect until the end of 2023, meaning it’s a year and a half ahead of schedule. Bradbury is confident Project Pollo will reach 100 units by 2025.

To guide this expansion, the company is bringing notable names into its capitalization table, including former executives of McDonald’s and Chipotle and a restaurateur who built a global quick-service brand.

“This is uncharted territory for me personally, and I need as many strong players around the table as I can to help myself develop and help take on this huge task we're about to jump into,” Bradbury says.

One of the CEO’s biggest takeaways from Shark Tank was Cuban’s comment that plant-based products are a fad and that consumers will opt for healthier alternatives in the future. Bradbury, of course, strongly disagrees. He points to the sustained popularity of Chick-fil-A and the fact that nearly 80 percent of Project Pollo’s consumers are not vegetarian or vegan. He found the response about meat alternatives outrageous, especially given the recent instability of chicken, noting that it was so bad that Wingstop had to roll out Thighstop.

Bradbury says it’s a competitive space, and will continue to be, but that Project Pollo will be right there—no matter what the doubters say.

“This isn't a play to try to get the whole world to eat healthier,” Bradbury says. “This is a play to get people to eat more sustainable. And if you get a grilled chicken sandwich at our location, there's nothing wrong with that high fiber, high protein, low fat—it's a great product. Honestly, it's a great product. I would stand by it. I feed it to my son, feed it to my family. It's not something that I talk about and just don't support. I actually do, because I think it's an exceptional product.”